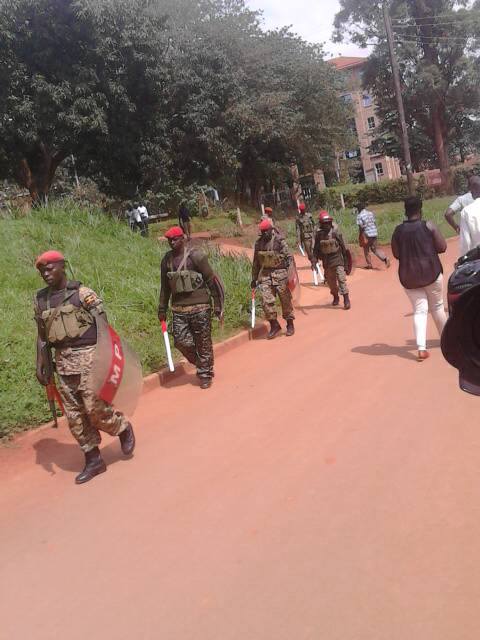 We have received reports that the Military Police have stormed the sports gala of the School of Law at Makerere University that is happening now at the university main sports grounds.

Apparently, third year law student and People Power spokesperson Joel Ssenyonyi is also at the sports gala as a student to compete but he is clad in a red beret that is synonymous with activities of Bobi Wine’s People Power Movement.

The allegations were confirmed by Daily Monitor journalist Stephen Kafeero, himself a student of Law at the university.

By the time of his appointment, he was already a student of law after coming a record 2nd in the entire country for his year’s pre-entry exam.

CAMPUS REMNANT: The Religious Policy Should Not Be Passed