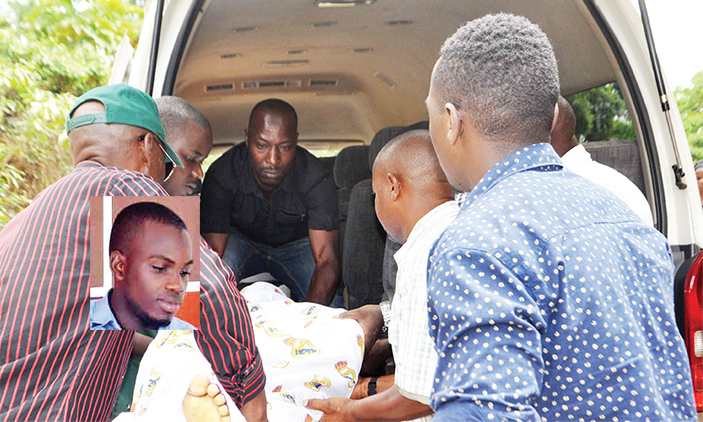 Idris Kazibwe who was a third year student pursuing a bachelor’s degree in Procurement and Logistics at Ndejje University went missing more than a week ago.

After 7 days of searching for him,  he was found dead with his body in Mulago city mortuary. Kazibwe was last seen on 16th February 2020 at Kawempe Lugoba where was residing.

It is said that he was communicating with his dad Mr. Moses Kazibwe and he had boarded a boda- boda to take him to the dad’s place.

“We were communicating in the morning hours of that day via WhatsApp and he told me that he was coming to see me and also discuss education matters of his sibling but I kept on waiting his arrival for the whole day without seeing him. After I started calling on his phone but it was off and I thought that he had changed his plans’’ Kazibwe’s dad narrated.

He added that at first they went to Mulago but they did not see his body and thought that he was kidnapped by unknown people with intentions of getting money from them, only to realize that on that day they went, Kazibwe was put in ICU since he was in critical conditions.

This was told to them when they had come for the body and they learnt that their son spent 7 days in the hospital without any relative up to when he passed on. By press time, details about what caused Kazibwe’s death had not been established, but Campus bee will follow up the story and bring the details to you shortly.

May Kazibwe’s soul rest in peace.