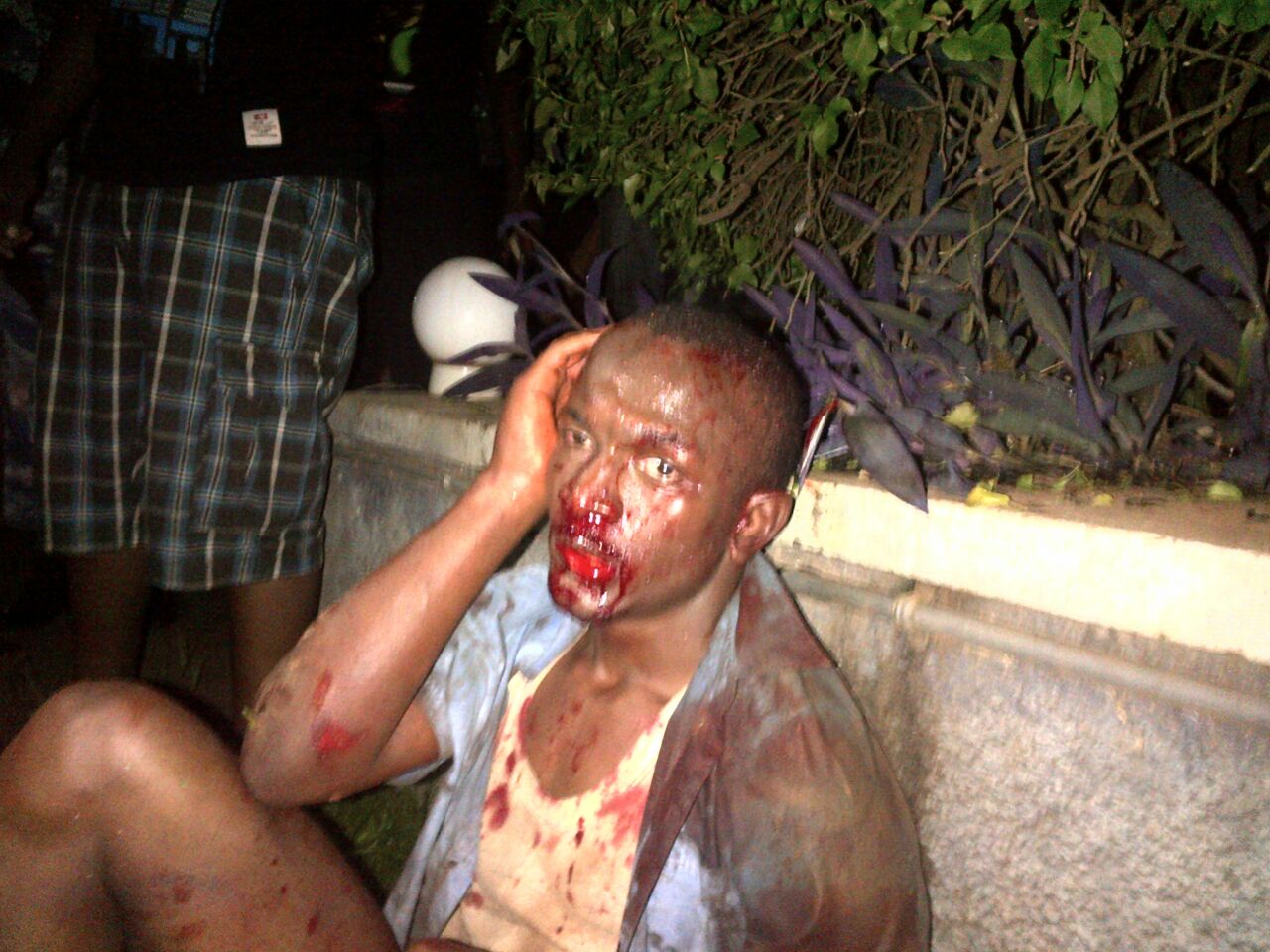 “Omubi omubi wuyoo “……..a frantic female voice pierced the night sky around Livingston hall ,the boys from the hall of gentlemen, arrested one of the boys who snatched a hand bag from a girl.

The bag grabber took off and the partner was arrested. Upon the girl confirming he was the one the infamous wwwewewe weeeeeeeewee broke out. The outraged mob of students stubbed the alleged thief with a long kitchen knife. 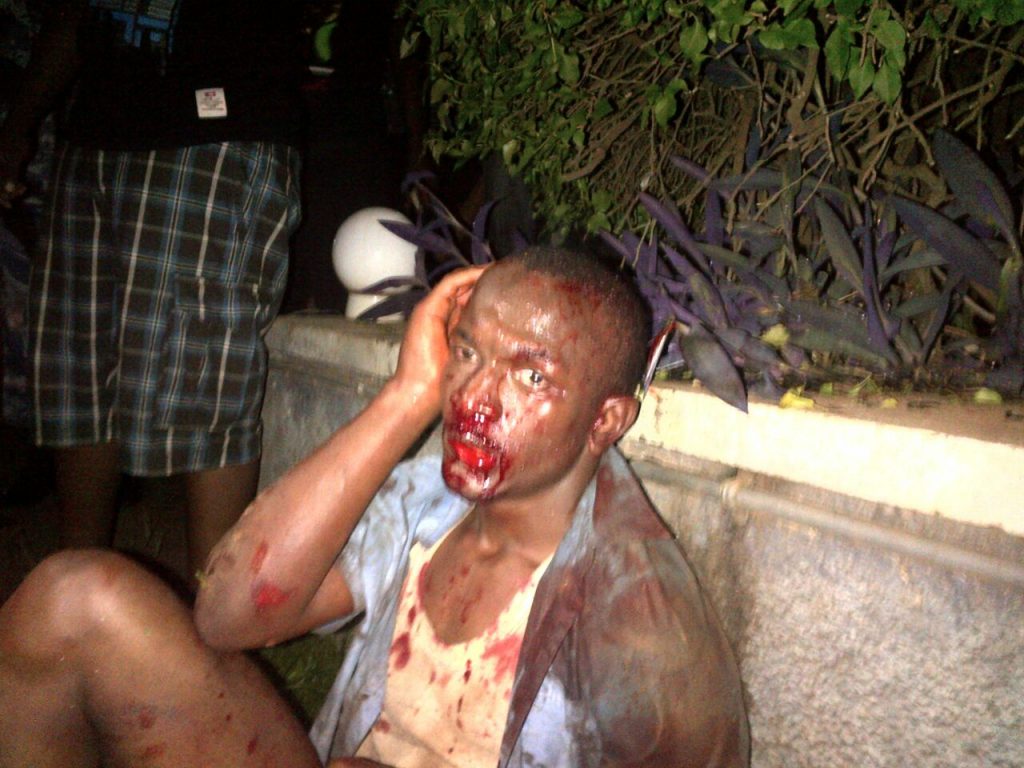 All boys came out, as they say, the rest is history. Not even the 999 car deterred the boys. The thief was undressed, beaten, stoned, boxed, and kicked. A hammer and ladder were used and bottles too as adrenaline rushed through the savage gentlemen. Not even 3 shots in the air could scare the determination of the boys; he was dragged all over the Livingston quadrangle as bullets filled the air.  It’s been a bad day for the academically stressed kids and they vented their stress on the thief, police took away a nearly dead body. Full details of this story coming up!