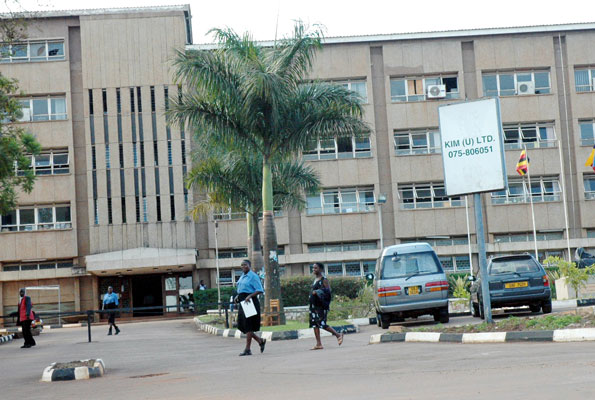 The academic staff of Makerere University Business School (MUBS) Nakawa have threatened to lay down the tools if their salaries are not harmonized before the re-opening of Universities. This has been based on the fact MUBS management has failed to harmonize staff salaries, according to them.

The lectures through their association MUBS Academic staff association (MUBASA) say despite the directive from president Museveni to harmonize the salaries, it has not been done and the matter is still rather complicated. That’s the reason why they say, they’ll not return to class.

Mr. Brian Muyomba, the chairperson MUBASA said that last year in December, President Museveni announced new increments in salaries of Lecturers of public universities. But to their surprise this has not been implemented yet.

“MUBS has largely been peaceful and we (staff) have developed a culture of diplomacy and not striking and it should be clear that by the time we resolve to use such methods then it is the last resort. If closing down the university will solve the problem then so be it,” Mr. Muyomba narrated.

‘’We have continuously engaged various stakeholders at all levels but our appeals have not been honored. When we went to the Ministry of Finance, we realized that our issue was indicated among the funding priorities. However, when the budget was released, we did not get any information,” He added.

This has come at a time when the Ministry of Education and Sports is finalizing with the plan of re-opening schools and higher institutions of learning which were closed in March due to the outbreak of coronavirus disease in Uganda.