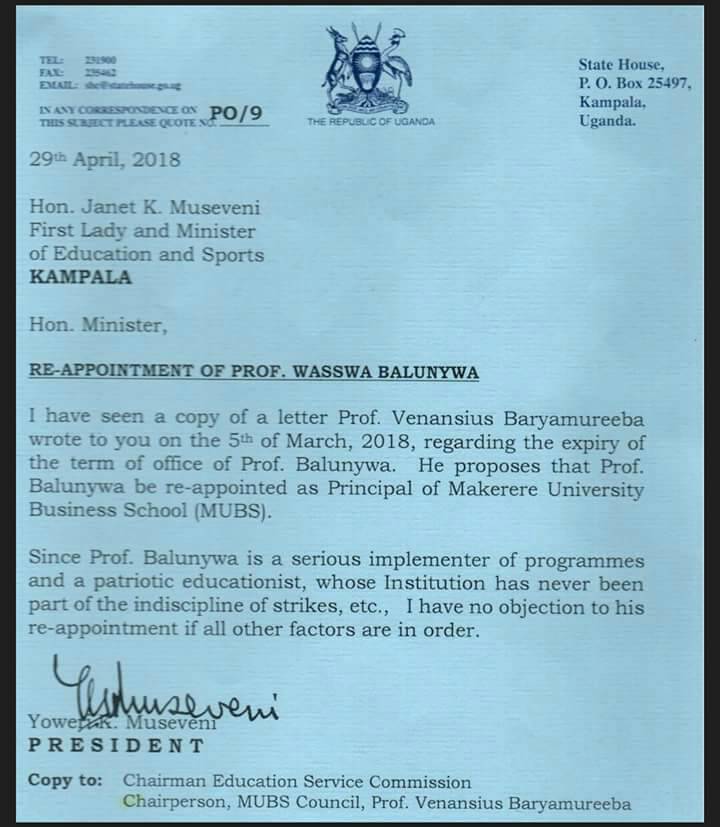 After serving as Makerere University Business School (MUBS) principal for 15 years, Prof Wasswa Balunywa has been yet again re-appointed for another term as the principal for the Nakawa based University.

In a letter dated April 29, from President Museveni to the First Lady, who in the Ugandan case doubles as the Minister for Education and Sports, he is seen to reinstate Prof. Wasswa as the Principal of the Business School affiliate to Makerere.

Prof. Wasswa Balunywa was appointed as MUBS’ principle in 2003 whose tenure was set to expire on Monday May 28th, 2018. Balunywa’s appointment was extended by the President, a matter some analysts have related to the “unending” greed for power which has now transformed and affected the nation’s educational systems.

Balunywa’s re-appointment comes few weeks after the Minister of Education and Sports, Janet Museveni advised the MUBS administrative council to advertise the ‘Principle’ job something that had divided the university’s leadership.

IUIU Missing Student Found, Declines to Say Where She Was