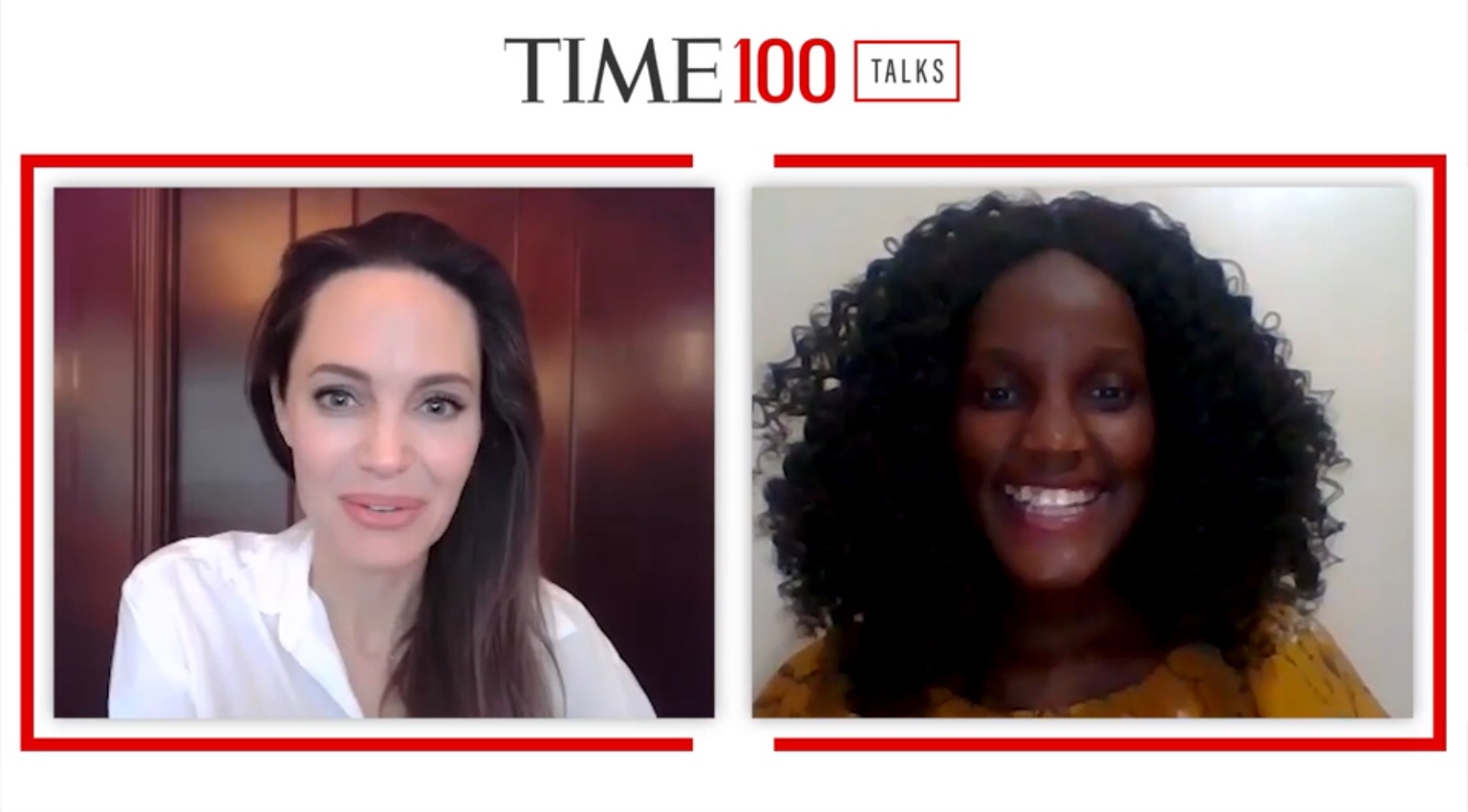 What began as a lone climate strike at the Uganda parliament has yielded Vannessa Nakate features in international publications and a household name in foreign lands.

The former Makerere University Business School (MUBS) student may not be widely known in her own country Uganda, but her name stands out in foreign lands.

Vanessa is a climate activist who has been advocating for a better approach to the environment through her Friday environment strikes.

She is the same activist who was cropped out in an Associated Press (AP) photo when she was with her fellow climate activists in Davos, Switzerland. The AP however clarified that it wasn’t intentional.

On Thursday 9th July, American film actress and Time contributor Angelina Jolie had an online interview with Vanessa for the times magazine and she confessed to her how she takes her as her hero. She further revealed how she has told all her children about her. In the interview, Angelina Jolie asked about the challenges that Vanessa Nakate faces in her activism, especially in a country where strikes are paid with brutal arrests. The smiley Nakate did not disappoint as she elaborated her long answers clearly to the world superstar.

She was able to explain how she came into climate activism after researching about the challenges people in her community faced when she was about to graduate and she realized that every challenge was connected to climate thus starting her strikes. She however said that a few individuals have started joining her in the strike and she hopes that leaders will start acting soon. Nakate is currently in a strike against the use of plastics in Uganda and different activists have started embracing her idea.

Angelina Jolie is a Time contributor, filmmaker, actress and humanitarian. She has acted in many grossing movies like Malificent, Mistress of Evil, Tomb raider, Salt, Wanted and others. She landed her Job as a Time magazine contributor on 19th June.