MUST Elections: Drama as NUP Supporters in Mbarara Fail to Pay for their Return Journey to Kampala 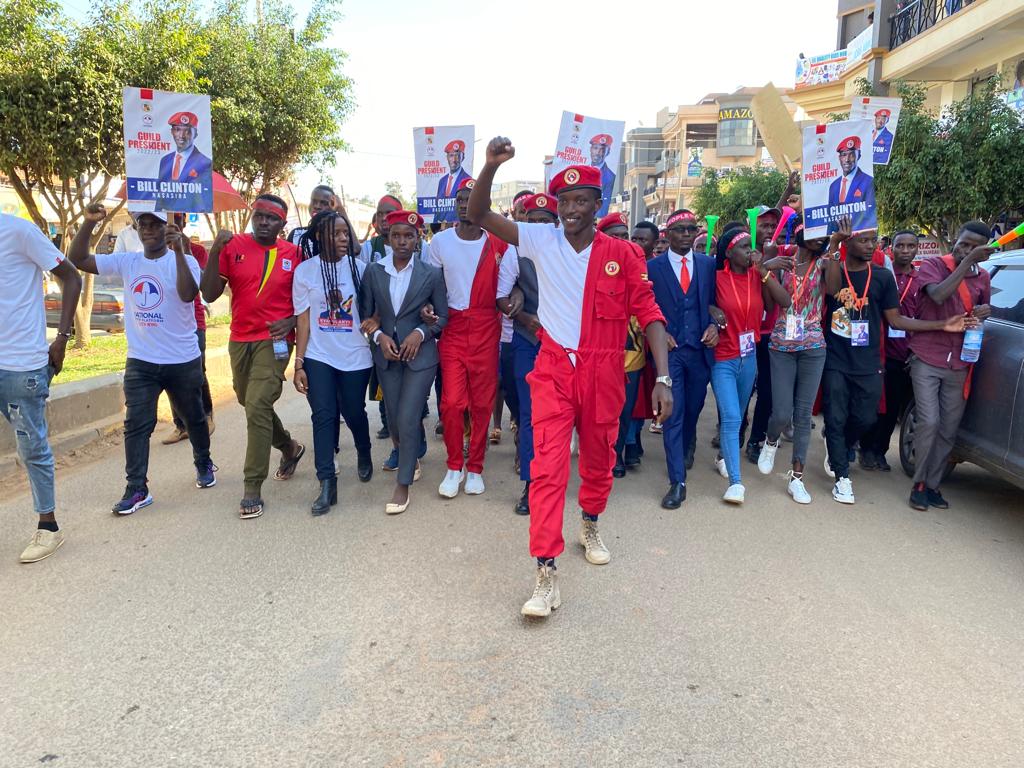 Drama ensued as students from the National Unity Platform (NUP) failed to their pay transportation from Mbarara.

The students who had traveled to Mbarara to canvas support for NUP’S Bill Clinton failed to pay transportation for their return journey to Kampala.

As a result, the students were held hostages by the driver of the van in which they had traveled.

Apparently, these students were given one million Uganda shillings from the NUP secretariat to facilitate their transportation, but they received nearly half of it.

A source revealed to the Bee that NUP handed the money to a one Abdul Twaib Magambo, who pocketed part of the money for his own personal needs.

As of such, the students were not able to foot their transportation journey back from Mbarara.

However, the Secretary General of NUP David Lewis Rubongoya later rescued the students with another financial token.

Our source has it that this isn’t the first time ‘trusted’ NUP members have embezzled funds meant to facilitate the party’s activities.

The source further recommended that the secretariat intervenes or else such acts shall continue to happen.

Despite the return drama, the team that traveled to Mbarara was able to at least register a political success.

NUP’S Bill Clinton was declared winner of the Mbarara University of Science and Technology (MUST) guild election.