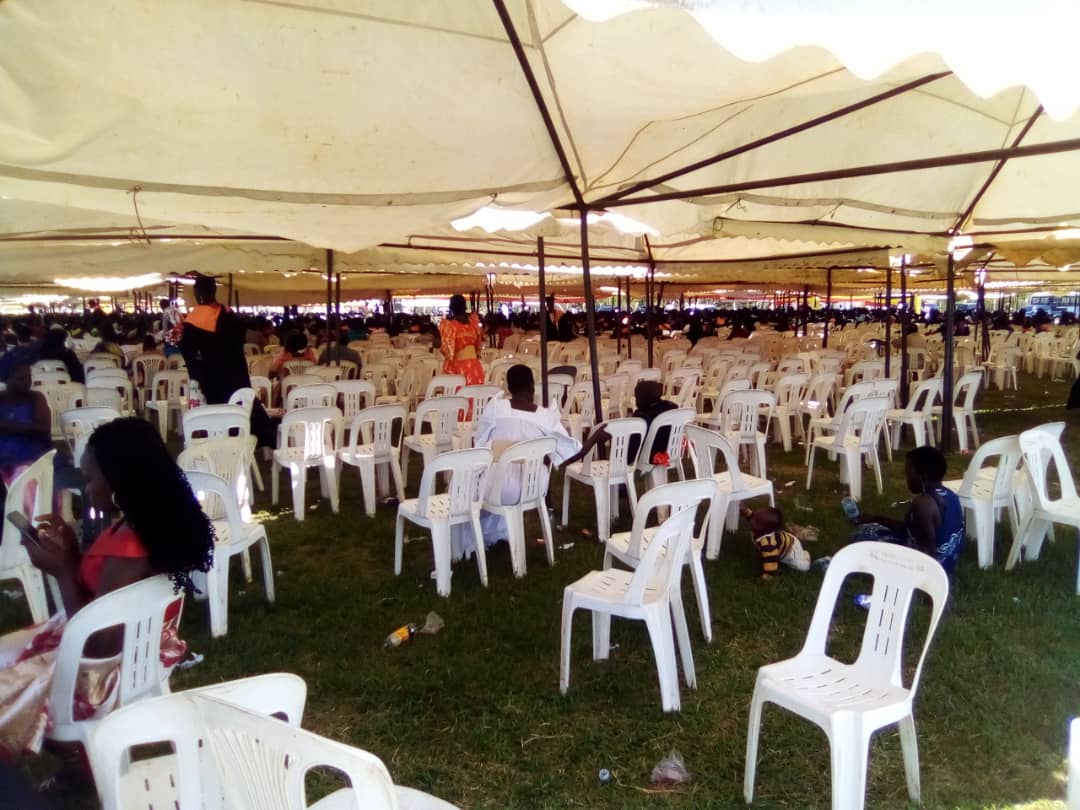 Yesterday was Gulu university’s 15th graduation ceremony and believe me, there was the usual great hype and pomp. This was further augmented by the expected arrival of non other than the “Jajja of the Bazukulu” himself; H.E Y K Museveni.

Following last year’s 14th Grad where soft drinks flowed like water, some expected that since the Visitor himself was sojourning to this land, everything was sorted. Maybe even lunch, hehehe!

Well, water flowed like water and soft drinks were no where to be seen! The only “soda” which they got was that of excessive sunshine thoroughly scorching their scalps and drying their throats.

Mzee who was expected to arrive in a hailstorm of sodas and maybe some beers here n’ there, showed up late at 1:00 pm when most of the graduates and their parents had left or were leaving while cursing.

A few who remained behind hoping that maybe the beverage companies were right behind Mzee, also later started trickling away when no sign of any drinks or setting up of food stalls appeared.

Well, we wish all the graduates all the best out there. Go grab dem jobs, hihihi!