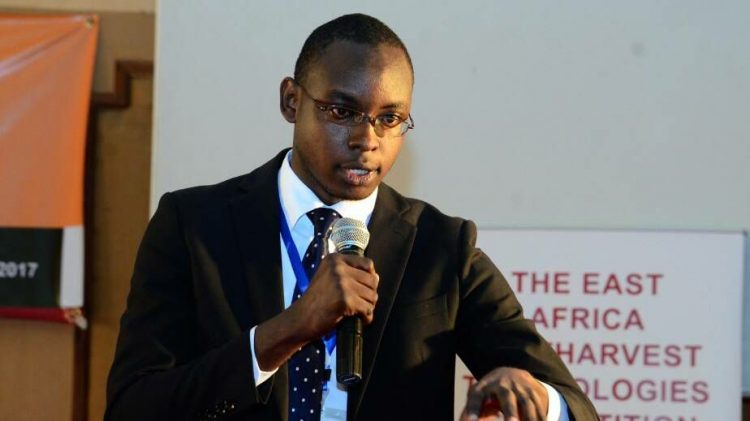 Former Makerere University guild aspirant Biddemu Bazil Mwotta has rejoined the university with a bang. The graduate teacher and literature genius from Makerere is now a first year student of Law and he didn’t wait to send a warning to the powers that be.

Mwotta, excited thousands of Makerere students when in 2016 he contested and won the guild election only to see his victory short lived after the Makerere Guild Elections Tribunal nullified his election, citing irregularities at the School of Education.

Well, to him that is history now and only an event to pick lessons from as he embarks on his new journey. “My decision to study the law is not far-fetched. I’m a victim of misinterpretation as well as misuse of the law. I feel obliged to study the law, understand it and use it to protect and defend people against any form of injustice that might be inflicted upon them, most especially those people that barely understand the law and how it works.” Mwotta said while announcing his new student status.

When asked whether he would actively engage in university politics again, Mwotta said that he intends to spend his entire time at the university studying the law and understanding how it works. “My will to defend the rights of people is unquenchable. I stood against draconian policies at the time of Professor Ddumba. If need be, I will stand against the iron hand of Professor Nawangwe. My desire is to see a free and just society.” He told Campus Bee.

He acknowledges that a lot has changed since he left and that student leadership is being suffocated. He observes that the students faith in their leaders has greatly reduced and that it is evident from the number of students that voted in the previous election in comparison with those in the years that preceded it.

“The iron hand that the current administration has imposed on the students has barred them from agitating for their rights. The crop of fierce activists can hardly be traced amongst the students. There is dire need for charismatic leaders to revamp this spirit among the students.” Mwotta said.

He is remembered as one of the most fluent and charismatic guild aspirants that Makerere University has had in the recent years. His love for literature and calm nature made him a ladies’ favorite in the 2016 election with snoops observing that 3/4 of his votes came from the girls.