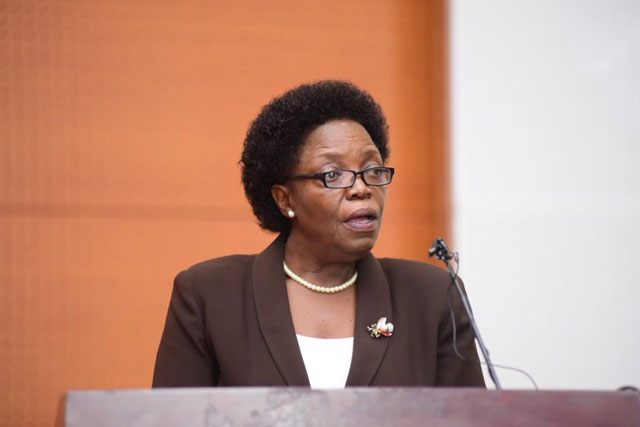 Prof. Mary J. N. Okwakol, PhD, the Executive Director of the National Council for Higher Education (NCHE) is under fire after a whistleblower report was submitted to her boss the Minister of Education and Sports, and the Inspector General of Police (IGP) among others to investigate her operations at the regulator of Higher Education in Uganda.

In the whistleblower report (dated 1st March, 2021), the anonymous petitioner, whom we have learned is a member of top staff at NCHE, accuses Prof. Okwakol of discriminative promotions where he/she alleges that the ED is conniving with some members of staff to hire and promote only members from her ancestry. The whistleblower further alleges that the ED was responsible for the denial of grants of licenses to universities that wanted to operate in Uganda such as UNICAF and Stafford University.

They further alleged that the Prof. had been involving herself in fraudulent practices such as doctoring minutes and altering council decisions. In a full missive, the whistleblower report accused the ED of disrespect to top members of staff saying that she openly undermines them in front of junior staff.

They accused Prof. Okwakol of influencing the promotion of some members of staff one of whom they claimed is her relative. They claimed that because of her “mismanagement”, NCHE has had to battle numerous cases in court citing among others; the case if Innocent Nkwasibwe, the case of UNICAF and Stafford University.

We have been made to understand that Prof. Okwakol, has officially submitted her responses to the powers that be in regard to the said whistleblower report. We were however not able to get to Prof. Okwakol for a statement in relation to the above developments or get a chance to peruse through the said written reply. Our calls to her known contact all went unanswered.