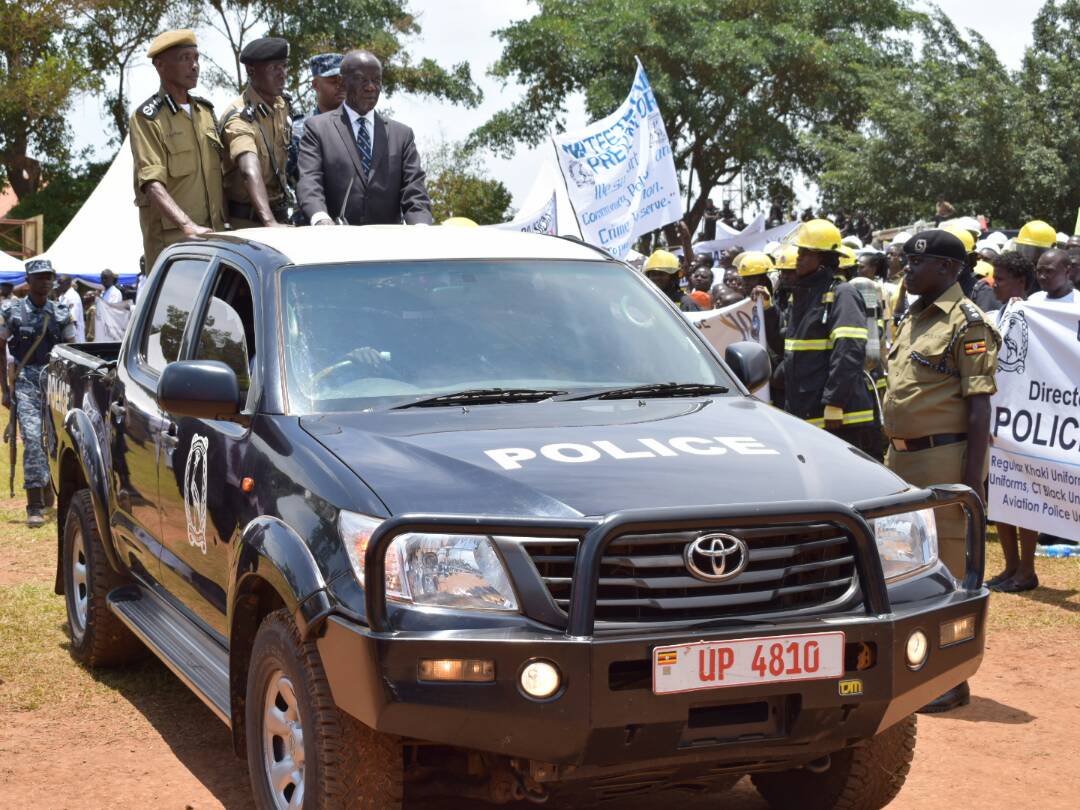 For Nkumba University Students, the Police Day was a chance for them to meet president Yoweri Museveni and if possible engage him about the murders of women around the university.

But many were left disappointed, some even furious when an announcement was made hours into the event that Museveni was to be represented by his Vice, Edward Ssekandi.
“How can I wait this long in the sun for Museveni and then he sends Sekandi?” One student ranted.
“I can’t believe I was body searched multiple times in the morning and only learn later that “Sevo” is not coming?” said Emma, a Nkumba Univesity student.

For many, students and even University staff like Prof. Wilson Mande, the University’s Vice Chancellor, Tuesday was a chance to remind the president about the brand new bus he promised to give the University once he was voted back into power.

Years later, and the bus is yet to come. One student was heard saying; “Oba bus eri ku nfuddu!!”, comparing the delay to delivery by tortoise.