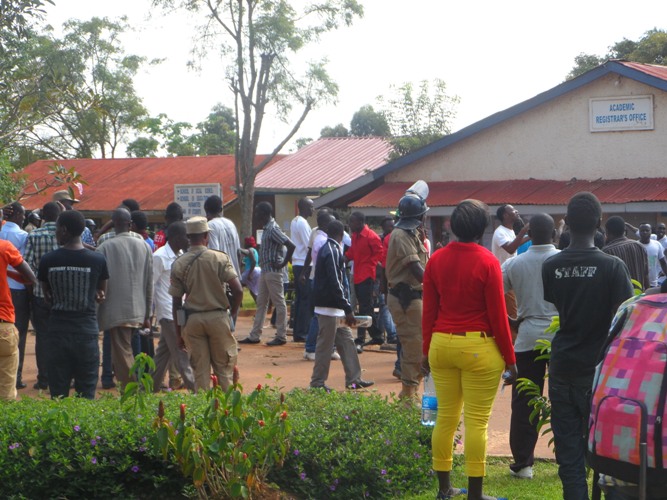 Through the office of the Academic Registrar, Nkumba University has issued a notice stating the dates on which it will receive back students on the day programme following the student strike of November 17 – 19, 2014 that led to the closure of the institution.

According to the notice, only those students who have fulfilled all conditions for their return such as having fully paid-in bankslips covering the fine and bankslips showing full tuition payment shall be allowed back. The programme is as follows:
On Monday 19 January 2015,  the University will be receiving students from the School of Commercial, Industrial Art and Design & School of Sciences.

The notice adds that the process of receiving students designated to report on a particular day shall run from 8am to 5pm. A student should go with the Commitment Form duly witnessed by the Commissioner of oaths, the University Identity Card as well as the Bankslips. Also, each student should take two passport size photographs. Students are advised to check the university website www.nkumbauniversity.ac.ug. The notice was signed by Christine Obonyo Kyayonka, the Academic Registrar.