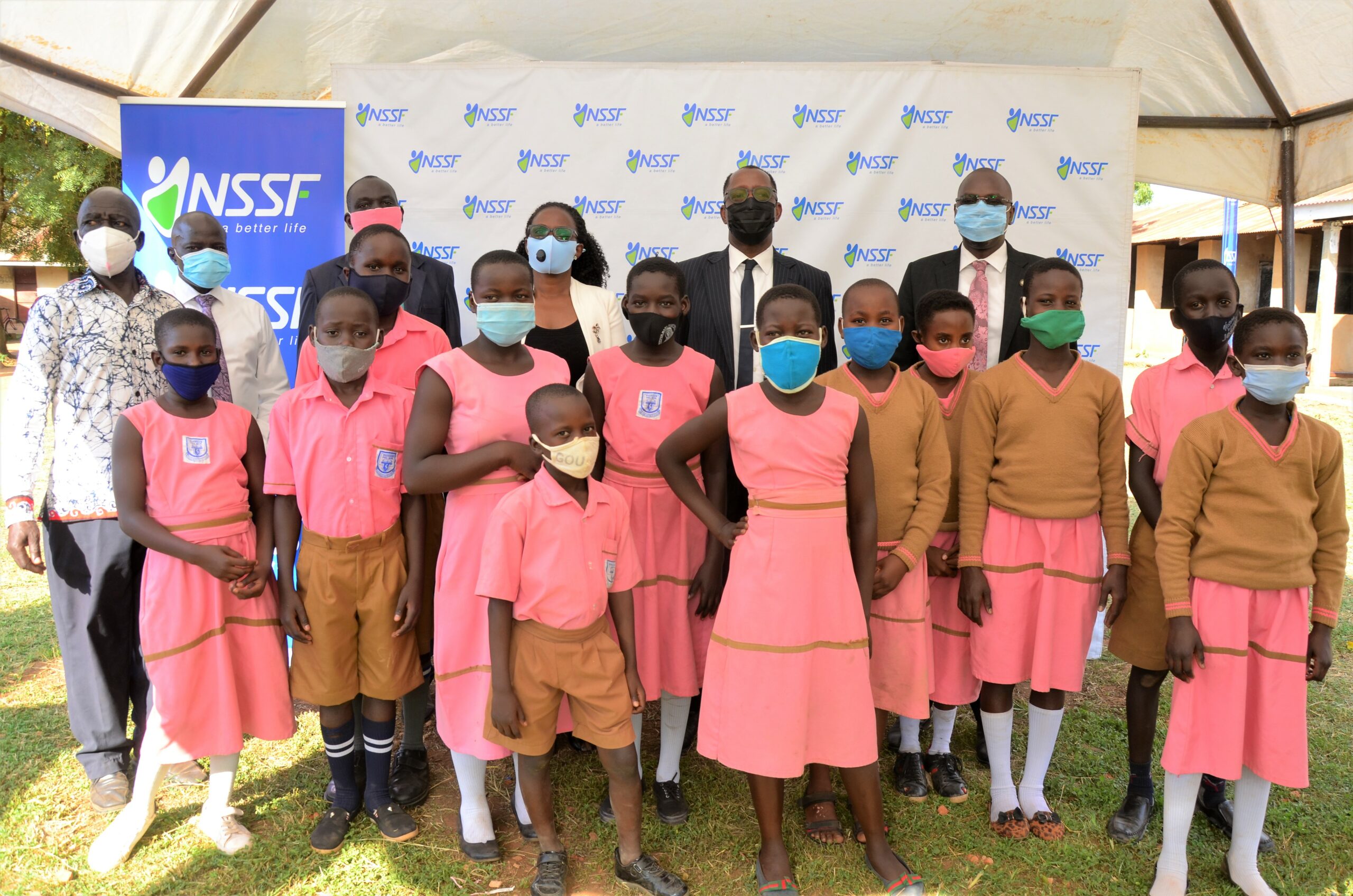 The Fund will cumulatively spend UGX 900m on the project, contributed by NSSF and other funding partners, according to the Managing Director Richard Byarugaba

While addressing journalists at Pioneer Primary School on 1st June, Byarugaba said that the Fund’s intervention is informed by reports that learning conditions in most public primary schools are below standard and could be a health hazard to the learners and their teachers due to the increase in enrollment in public schools.

“Government has done well extending free primary education to every corner of Uganda. However, with this expansion, the high enrolment numbers have led to overcrowding and pressure on available structures. Our intervention supports government efforts, by refurbishing existing structures as well as improving sanitation in our public schools,” he said.

Byarugaba said that in 2016, the Fund was approached by the Kampala Capital City Authority (KCCA) to support it education services directorate to refurbish old buildings and replace asbestos roofing common in Kampala schools that is a health hazard. The Fund has since last year expanded its intervention to other schools across the country.

“We started at public primary level, where learners are most vulnerable, So far, 7 schools have benefited from this initiative to the tune of Ugx 600m contributed by the Fund and 4 are earmarked to benefit this year to a tune of 300M.

Byarugaba added that as a good corporate citizen the Fund is committed  to supporting government efforts to improve learning conditions in public schools through its Education CSR initiative.

Alfred Enyidu, the Headteacher at Pioneer Primary School – Soroti, one of the beneficiary schools, said that said the NSSF intervention will go a long way in enhancing quality education in upcountry schools which have for a long time been left behind.

“School buildings have previously been seen only as places where school is ‘kept’ and have only recently been considered as places that can directly support or inhibit learning. Learning conditions in schools have often been overlooked, yet also influence schools’ performance. NSSF has found the right area to intervene,” he added.