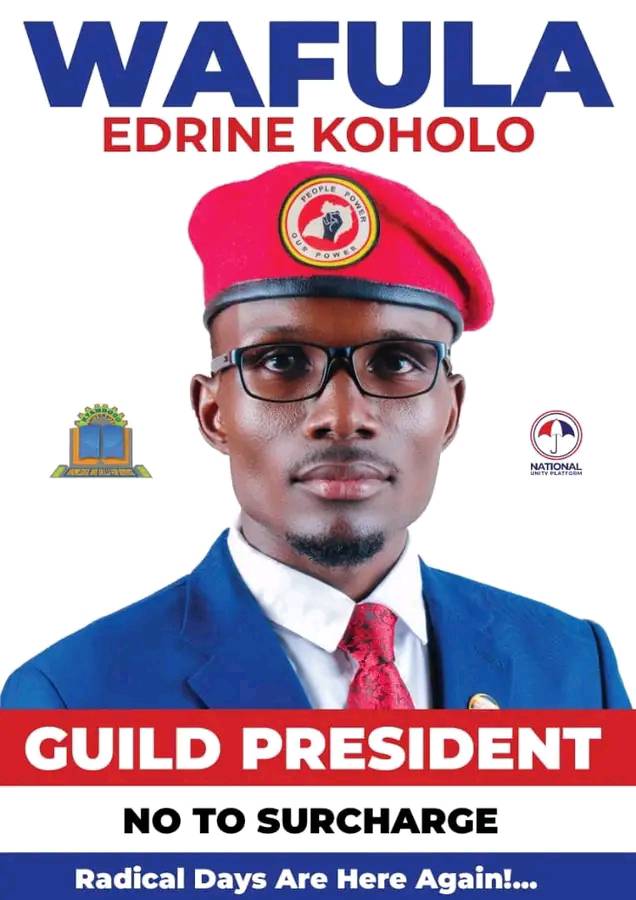 The third year student of Bachelor of Engineering in Environmental Engineering & Management and a former GRC of the faculty of Engineering beat five other contenders sending supporters in night long cerebrations.

Wafula, according to the official Kyambogo EC results, polled 3,175 votes while his closest rivals, Sengooba Yunusu(UYD) polled 2307 votes and Okori Brian(FDC) who got 2092 votes. These were followed by Nkwanga Micheal(IND) 783 votes,Katete Steven(NRM) 327 votes and Alion Alfred Who managed to scoop only 108.

Upon his victory, Wafula took to social media to thank his voters and the NUP party for the support that saw him win the guild race. “It’s a great opportunity for students to trust me as their leader, it’s time for work now’” Wafula posted.

In May 2022 , Wafula Edrine together with other student activists notably Musiri David, Kamya Carlos and others took it to parliament to protest against the surging prices of commodities at the time. The guild president-elect together with his counterparts were arrested and jailed for close to ten days before they were released on bail.