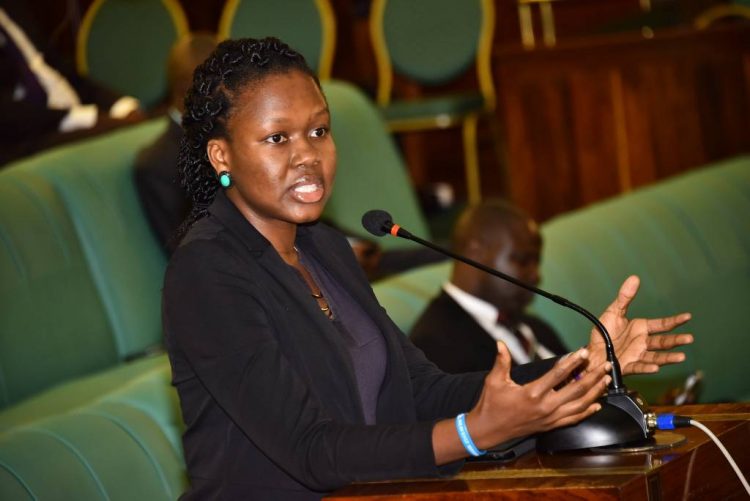 Female legislators on Thursday got Parliament to reach a resolution to set up a Select Committee to probe allegations of sexual harassment in institutions of learning.

This decision in a plenary sitting chaired by Speaker Rebecca Kadaga followed a motion by National Female Youth MP Anna Adeke Ebaju who sought for a resolution of parliament to inquire into allegations of sexual violence in schools. Her motion was seconded by Kioga County MP Anthony Okello and Kaberamaido Woman MP Veronica Eragu Bikyetero.

The motion comes after different media reports indicating acts of sexual harassment in institutions of learning with the latest being Kibuli Secondary School Head Teacher, Ali Muggaga, who is accused of sexually abusing female students.


There were also media reports about Makerere University’s Dr. Swizen Kyomuhendo, a senior lecturer in the Department of Social Work and Social Administration (SWASA) who was suspended on allegations of sexual harassment.

Now, in her motion, Adeke said that access to education is one of the fundamental rights of a person which should be delivered in a conducive and safe learning environment.

She however said that this right is frustrated when people are subjected to sexual violence which undermines their security and safety in institutions of learning as well as threatening Uganda’s path to development.

Adeke said that even though government developed the National Strategic Plan on Violence against Children in Schools for 2015-2020, 18 percent of children still receive marriage proposals while 25 percent are touched in a sexual manner which she says needs to be stopped to ensure children study in a conducive environment.

The youthful MP prayed that Parliament sets up a select committee to investigate allegations of sexual violence in institutions of learning in Uganda and above all fast-track the Sexual Offences Bill, 2015.

The State minister for Primary Education, Rosemary Sseninde, told parliament that her ministry was aware of some of the sexual offences and that police has already picked up the case of the Kibuli head teacher.

She suggested that Parliament gives terms of reference to guide the ministry’s select committee since the two institutions are supposed to complement each other.

Speaker Kadaga will in the next sitting of parliament identify members of the select committee with their terms of reference.