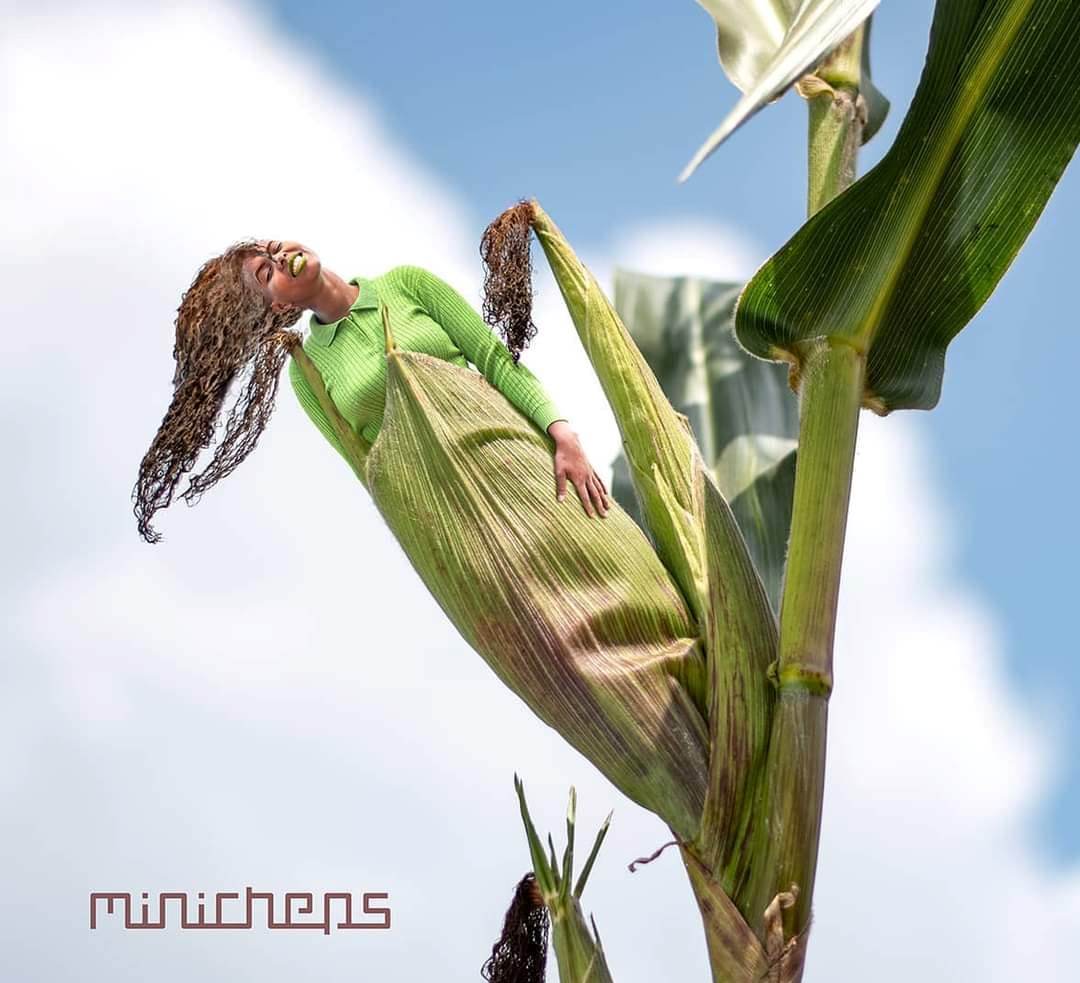 The lockdown has had a better half of vibes on the creative(s) industry but the situation seems different to this one photographer who has taken his game to a whole new level.

In a photo that has since gone viral since its unleash, a purported slay queen from Makerere University who has been identified in a screenshot as Rose, was photo-shopped into a maize plant, appearing as a branched maize fruit piece.

The amazing creativity was done by a renowned photographer/photo-editor known by his chain-like label on the photo – Minic Lens. 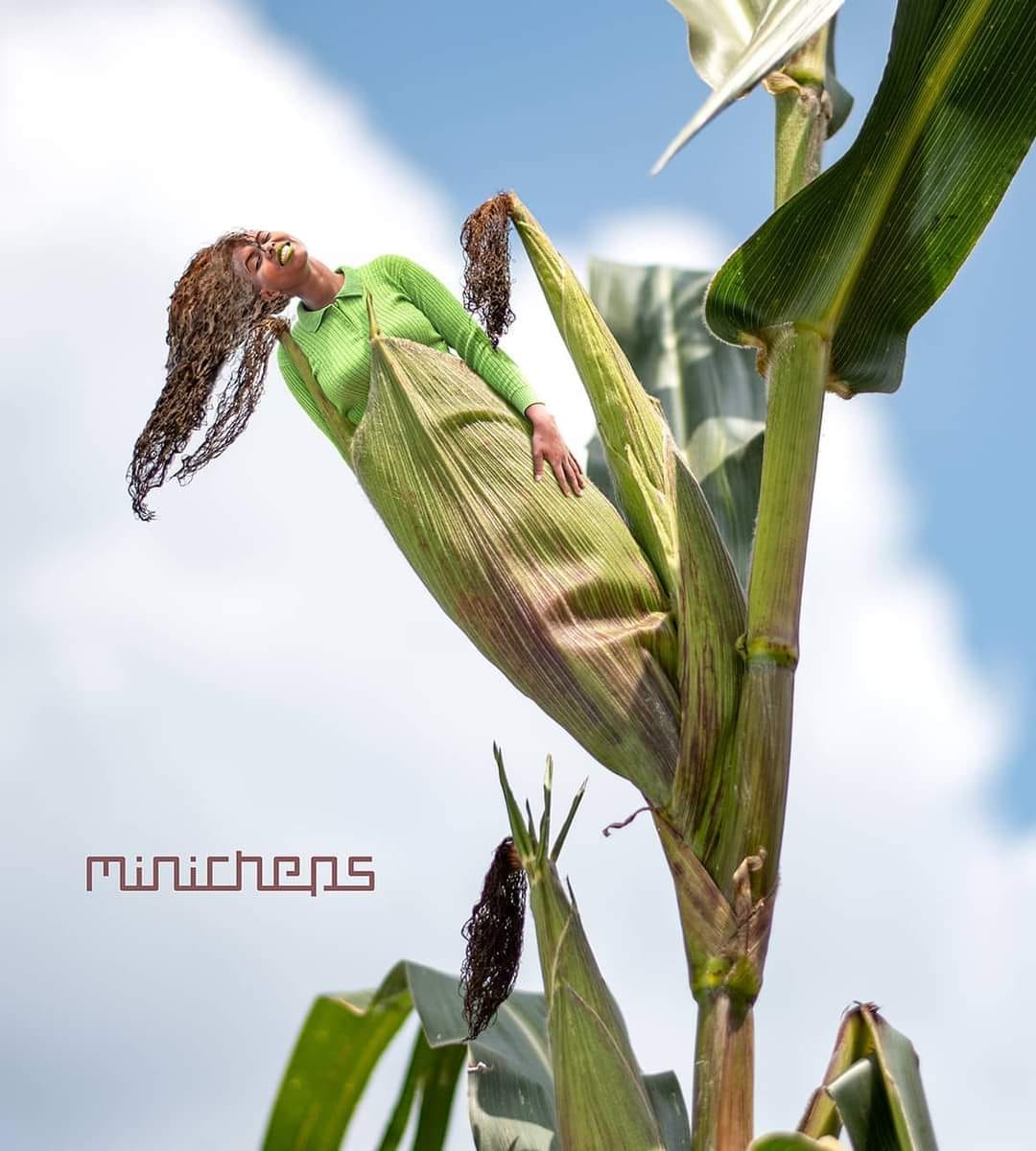 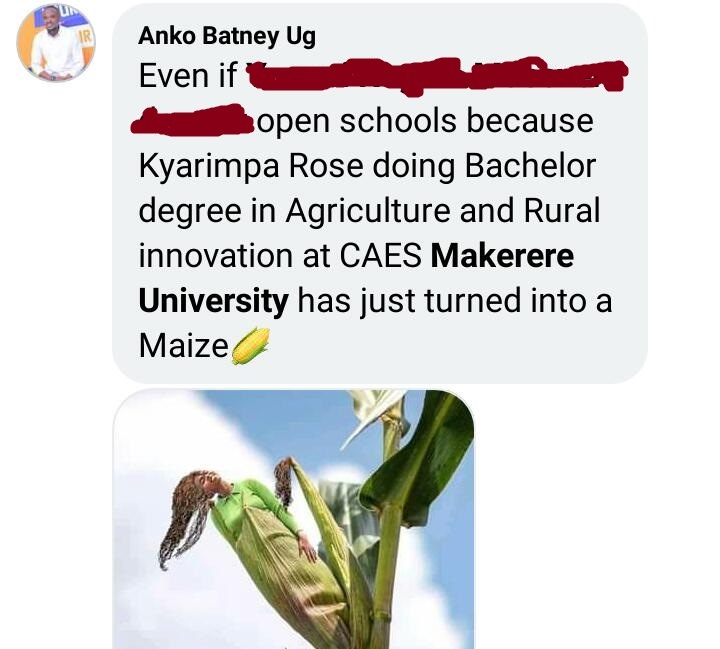 The public has portrayed a very strong impression to this image since it found its way to social media streets.

The lady in the photo is alleged to be pursuing a Bachelor’s Degree in Agricultural and Rural Innovation at College of College of Agricultural & Environmental Sciences (CAES) at Makerere University.

Better known by his creativity, the photographer unveiled another unproportionable image of the same lady roasting maize which was a predecessor to the maize fruit in the garden. 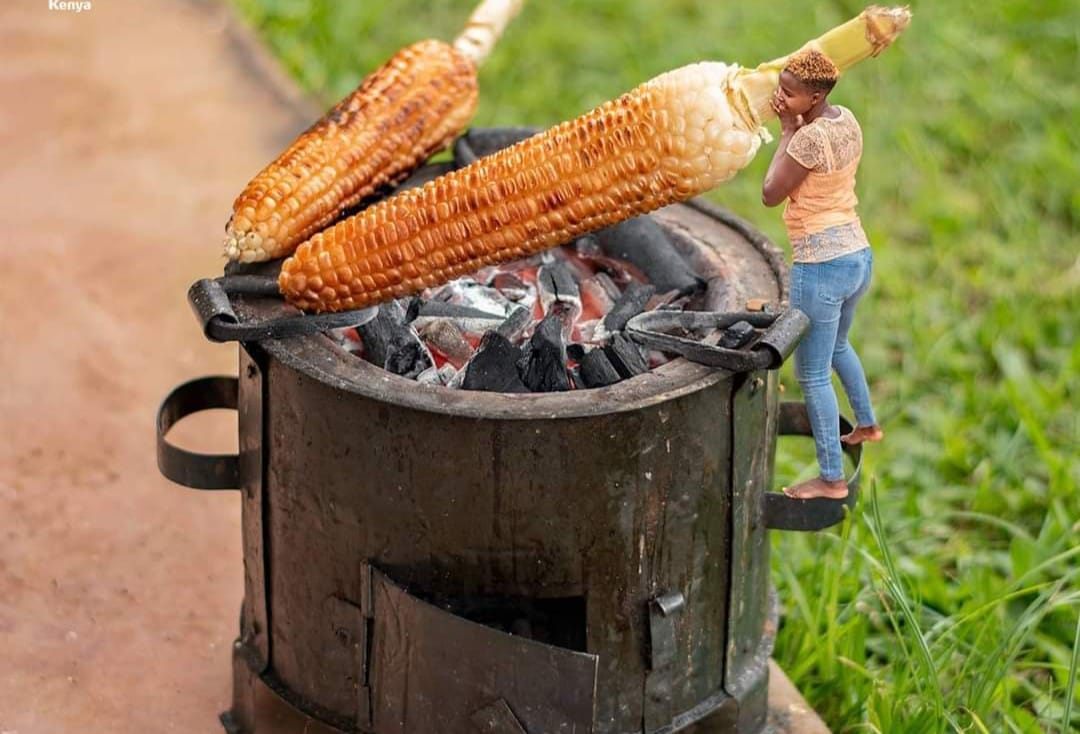