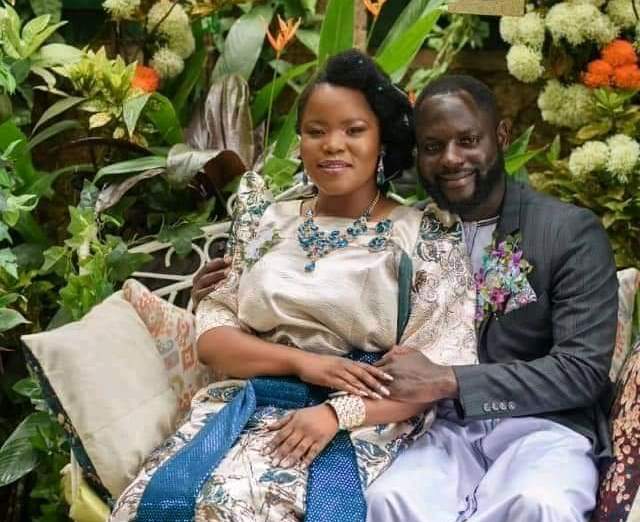 Esther Musisi Channelle, the daughter of former Kampala Capital City Authority Executive Director, Jennifer Musisi has finally introduced the love of her life in a fancy introduction ceremony which was held over the weekend.

The former MUBS student, who once dominated social media with her killer thighs has decided to settle down by making her relationship official. Just like any Muganda girl, Esther rocked Buganda’s traditional outfit ‘Gomesi’ during her memorable introduction ceremony.

The identity of her man still remains a public secret but we managed to secure for you his photos. In the photos, Esther is seen posing with her mum Jenifer, her pals, and the man she is set to officially wed in the near future.

Esther used to live her life like a baller during her campus days and she wouldn’t mind flying to China and Thailand for a weekend just to attend makeup classes. Besides slaying and studying, Esther partnered with her friend Cynthia Nakiranda, daughter to Seroma to establish a boutique dubbed ‘Halo Collections’.

Below are more photos from the introduction;