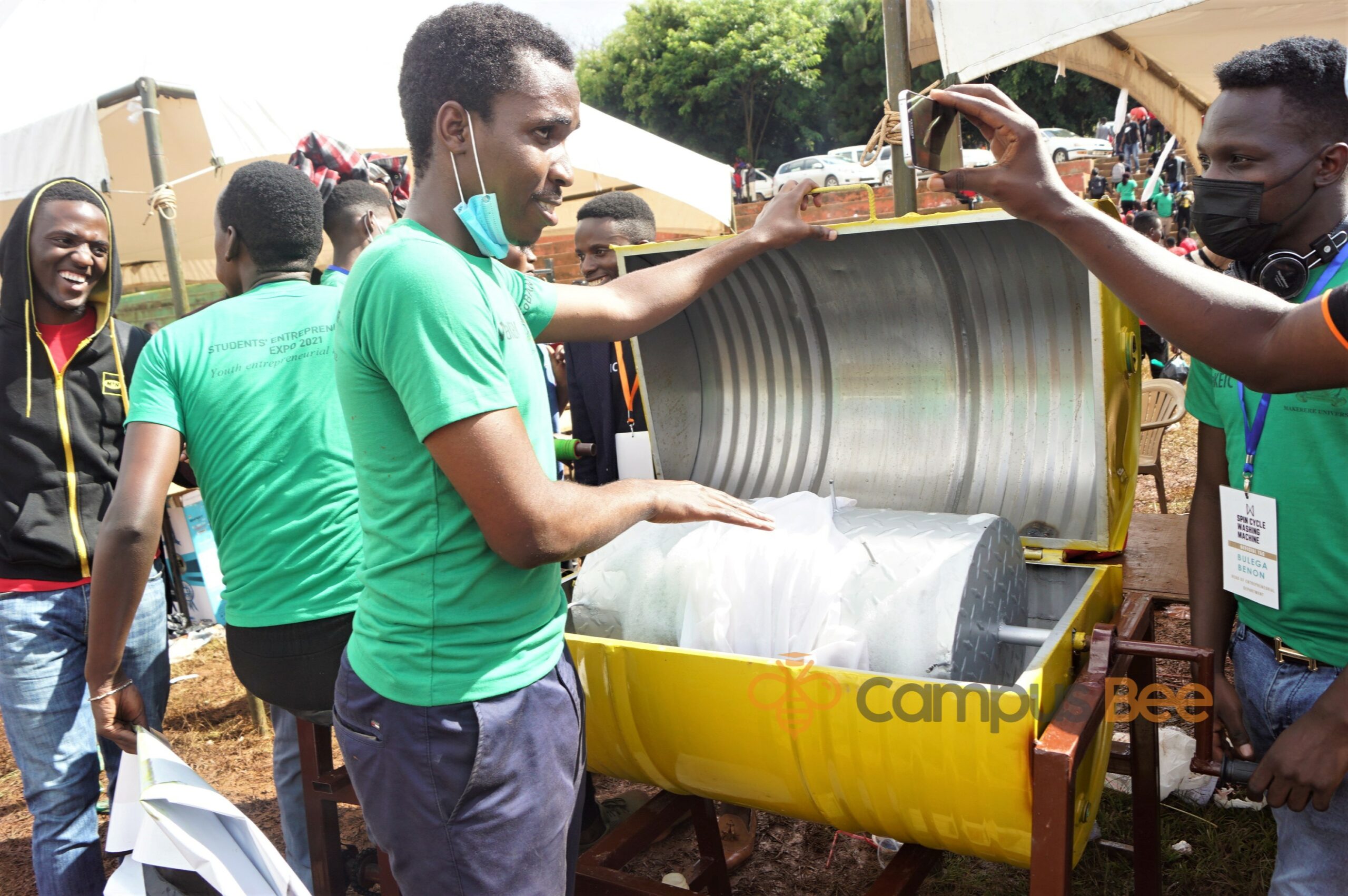 During the 5th Annual Entrepreneurship Students’ Expo organized by the Department of Marketing and Management, School of Business, College of Business and Management Sciences (CoBAMS), scholars from Makerere University showcased brilliant innovations set to change people’s livelihoods and the country at large.

The two-day event, which was held at Makerere Rugby Grounds saw over 1000 students take part in showcasing innovative ideas that serve as both coursework and future business ventures. A total of 109 companies established by Makerere University students showcased their products in an event graced by Vice Chancellor Prof Barnabas Nawangwe as the chief guest.

The university on Wednesday awarded the best three students companies, whose ideas stood out as the most creative and problem solving ventures that will soon hit the Ugandan market.

The best innovation this year was Spin Cycle Washing Machine, an idea engineered by a group of CoBAMS students who walked away with UGX 1 million. The students developed a washing machine that uses no electricity which can be operated manually by hands or cycled with legs. The machine was developed to help people in rural areas wash their clothes without using electricity at the same time remain physically fit.

The second best innovation is dubbed Power For All. The project is about producing electricity through wind energy which solves power problems in rural areas as well as the blackouts in urban centers. The students developed products called power trees which are made using propellers and motors that convert wind energy into electricity.

Through a project dubbed Hair Game, a group of Makerere University students came up with a brilliant way of making hair extensions locally. The students, who are making braids out of sisal won UGX 500,000 during this year’s CoBAMS Expo. According to the students, their product is soft and feels like natural hair.

While speaking at final day of the expo, Prof Nawangwe lauded CoBAMS students for their innovative ideas before remaining them the importance of having their own businesses instead of roaming around looking for jobs.

“I am delighted that today 1309 students are participating in this expo and that we have over 100 companies just from one college. I must congratulate CoBAMS for this enormous step.” Nawangwe said before adding that “It will be a shame if we continue producing students and they end up looking for jobs and they don’t get the jobs, and then they begin blaming us.”

Below are some photos from the expo;