PHOTOS! Skales Arrives Ahead of his Blankets and Wine Performance 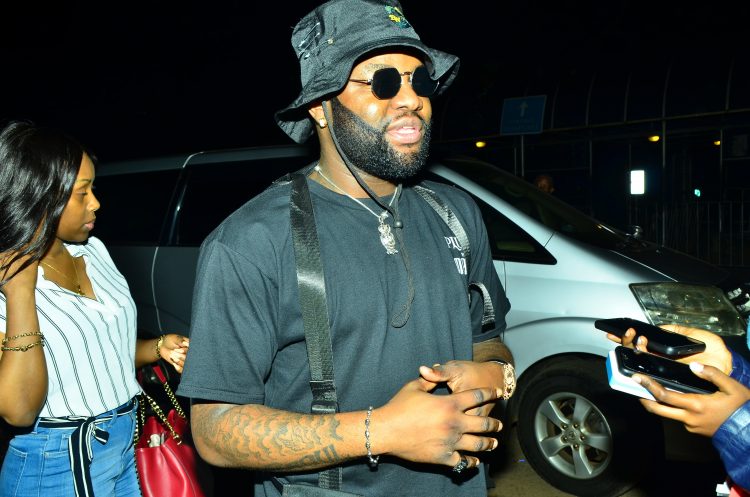 Nigerian star Skales arrived at Entebbe International Airport during the wee hours of this morning ahead of the much-anticipated August edition of the Blankets and Wine music festival slated for this Sunday August 25, 2019 at Lugogo Cricket Oval.

The “Booty Language” star who was warmly received by organisers of the show, House of DJs, and the media present revealed that his early arrival is due to a planned schedule to shoot his new song titled, “Bomblast” featuring Uganda’s hitmaker Beenie Gunter. This will be their second collaboration, their first song being a remix to “Pon Mi” which hit air waves early last year.

Skales, real name Raoul John Njeng-Njeng also expressed his excitement upon being in the country to entertain his Ugandan fans once more promising a “lituation party” for them at the long-celebrated picnic-themed event powered by Tusker Malt this Sunday.

Speaking particularly about his current hit song “Ego”, the artist shared the meaning behind the song saying, “Ego means money in Nigeria. It is basically a song that is meant to relate to the everyday man on the streets to live their life as they please, to not be afraid to wear what they want without fear of who has more money than the other.”

This will be the second time for the Nigerian Star to be performing for a full Ugandan audience. He returns with a fresh load of tracks for fans to party to that are sure to leave many starstruck.

The 23rd edition of Blankets and Wine music festival will also feature a number of performances from top Ugandan artists like Kent and Flosso, MoRoots ft CTRL Ad Band, Gloria Achillah and many more.

Tickets to the show are being sold at Shs100,000 and are still available at Kenjis, Xente app, Zone7 and online at Quicket.co.ug.

Rwandans Delighted as Border is Opened in Time For Nyege Nyege