PHOTOS: The Craziness You Missed at Makerere Freshers’ Ball 2019 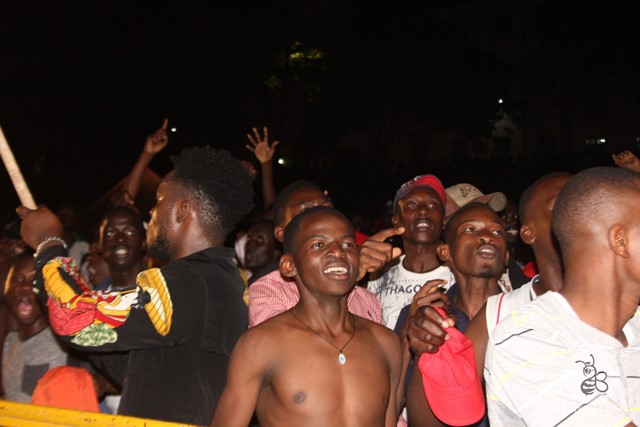 Thousands of Makerere University students flocked the university’s Freedom Square to attend this year’s freshers ball that went down last Friday, 20th September. It’s no doubt this year’s edition was more organized with a classy touch, thanks to MTN Uganda for jumping onboard as sponsors through their youthful platform “MTN Pulse”.

The young, hippy folks started going to the mentioned venue as early as 7pm ahead of a night they will live to narrate to their grandchildren. As usual, the best language understood by most campus party animals is music and booze, which were provided in abundance by selected DJs of the night and Club respectively.

Security-wise, the safety of students was beefed up by both police and UPDF army patrols that tirelessly kept students organized every time the violent beast in them tried to overpower them. Despite their efforts to destabilize the event, security officers were there to control the situation.

Musically speaking, the night featured music performances from several artists including Makerere’s upcoming talents as well as popular Ugandan acts like Feffe Bussi, Voltage Music (Kent and Flosso), among others.

Before we spoil everything for you, below is how the whole event went down through the lens;

Have you dropped by the exhibition space?