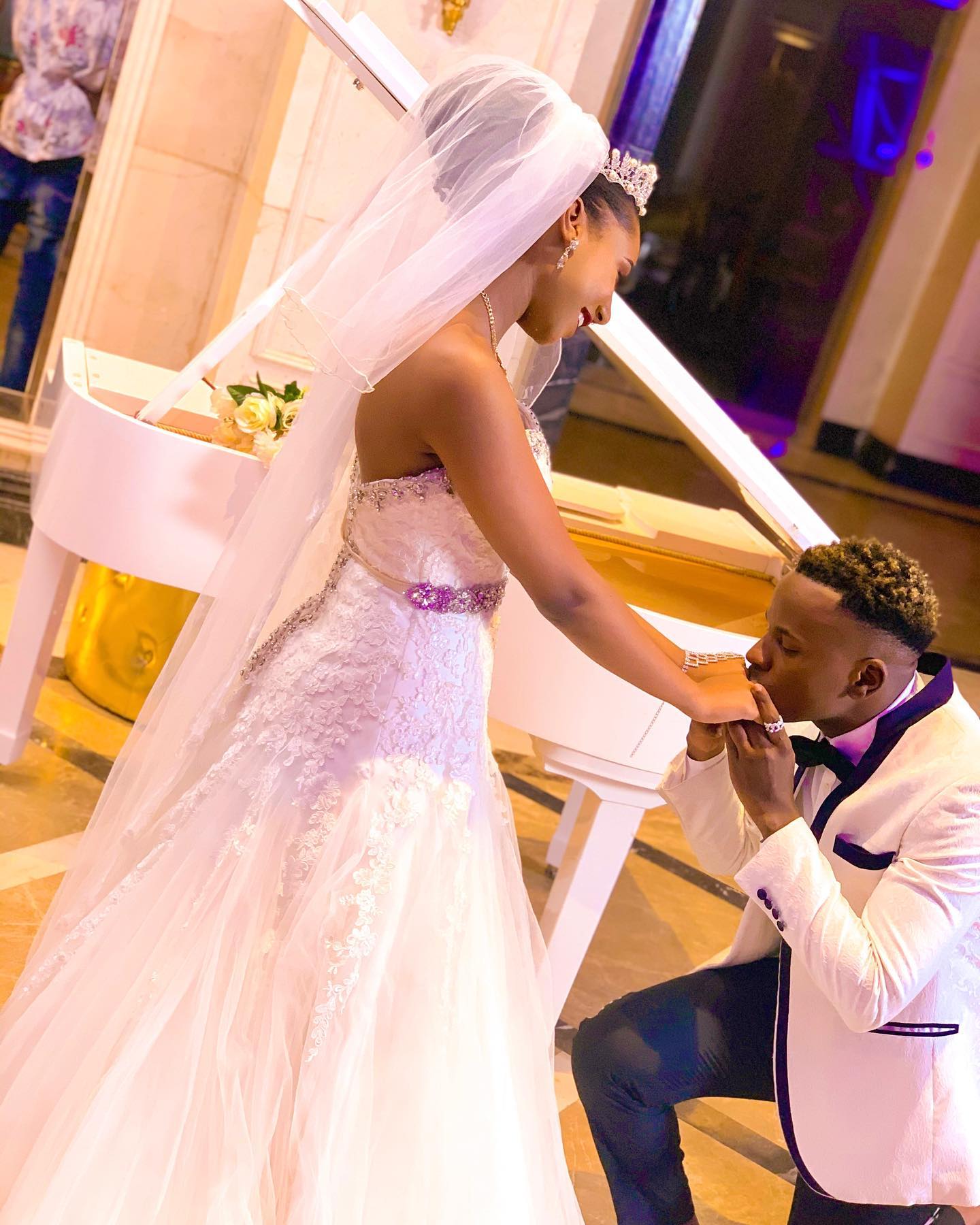 Media personality – turned singer Crysto Panda has added another milestone to his journey. The ‘Kyoyina Omanya’ singer last evening shocked the nation when he shared pictures of his wedding before announcing that he is officially taken.

Panda later shared another clip on his social media platforms with his wife and further thanked his close pals for gracing the ceremony.

“Finally I am taken love is a beautiful thing.  Congrats to us,” Panda wrote.

Despite setting eyes on the pics, some Ugandans are still claiming that Panda didn’t wed, adding that the pictures are scenes from his upcoming music video.

The chemistry in the pics with the “wife” was lit, both looked happy and Panda is well known for throwing huge surprises. It should be recalled that Panda ballooned his girlfriend, waited for the baby to be born and still said nothing to the public.

Online in-laws have gone further to say that if Panda was indeed married, fellow artists would come out to congratulate him massively and some would share pics from his wedding. We are waiting to see if online in-laws are right this time.