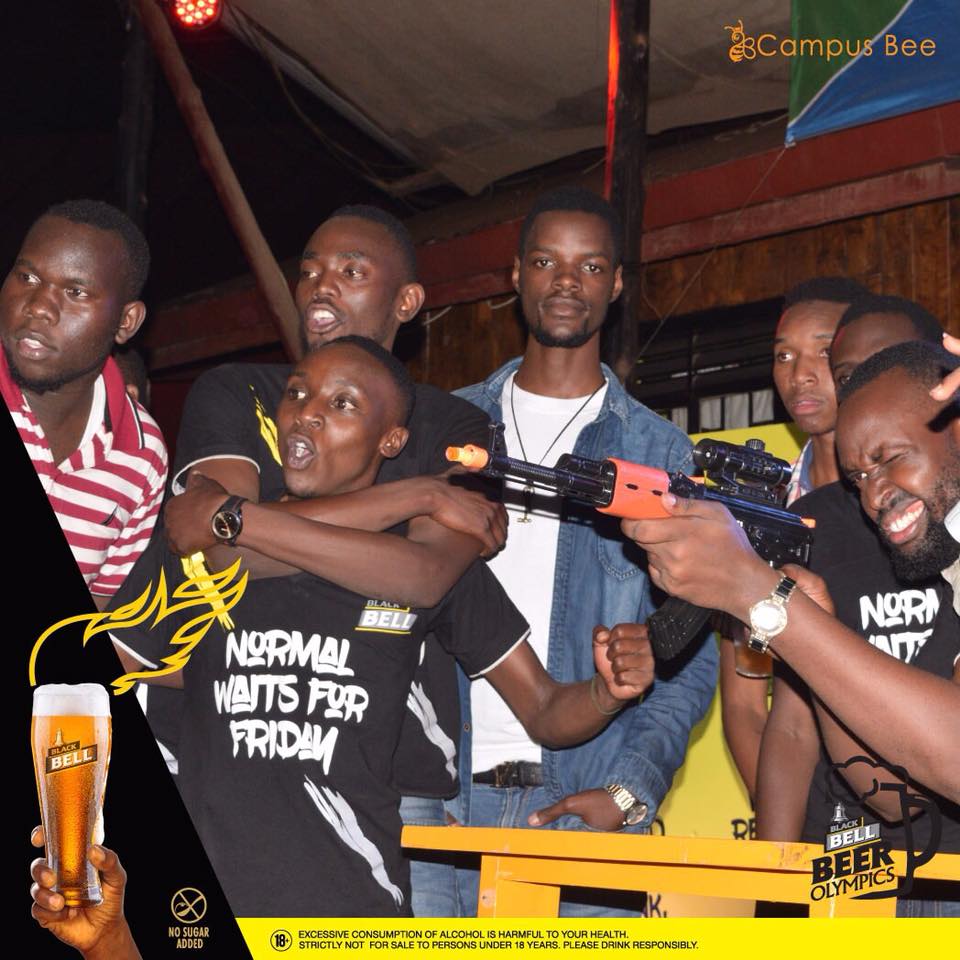 The two sister Universities will play games like Beer Checkers, Beer pong and take the shot which were recently introduced by Black Bell in Uganda. Among many, one exciting thing about these beer olympics is that you get to play by your own rules, there are no rules to be more specific.

After playing with Makerere University today, MUBS will play again alongside the Kansanga-based KIU tomorrow at Comrades bar. According to the current table standings, Kyambogo University is leading with 35 points followed by UCU with 25 points as well as the KIU boys with 20 points. 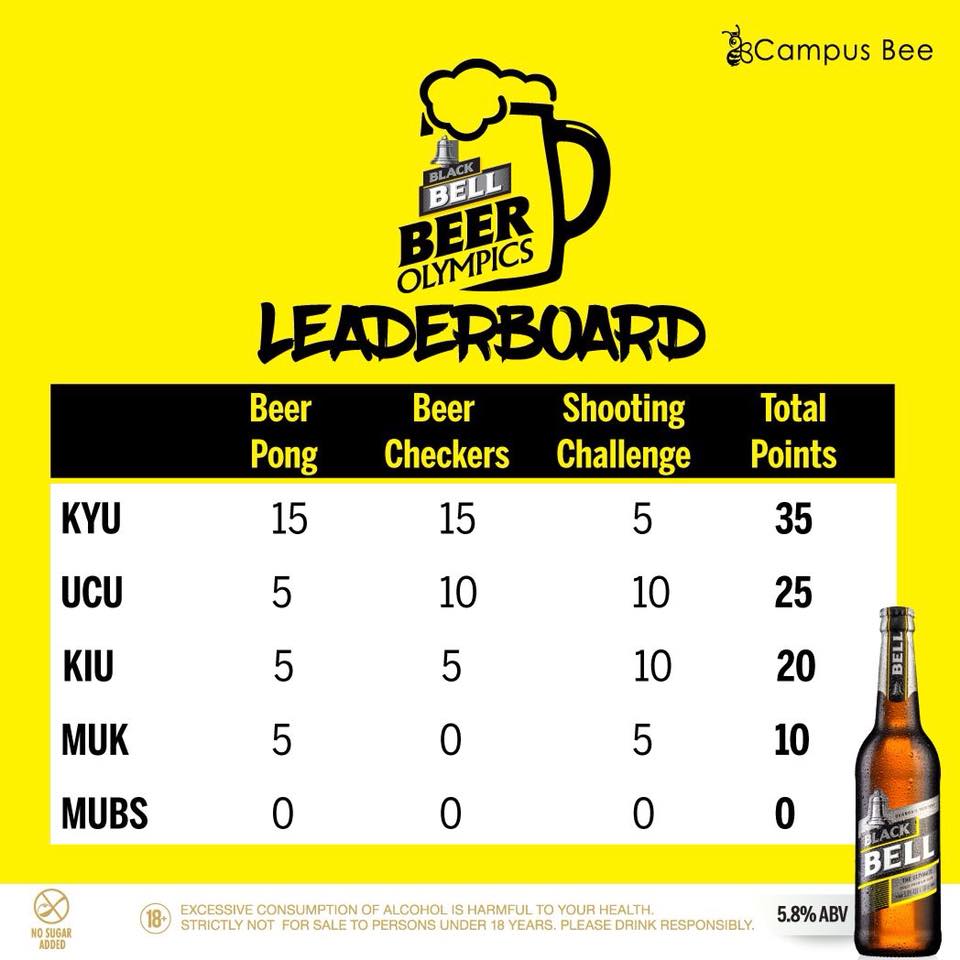