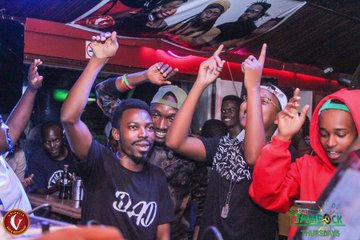 Now in her 3rd edition, the Twitter Barbecue party running under the hashtag #TwitterBarbecueParty, is set to thrill revelers, to the best party of the first quarter of 2020 with lots of entertainment, and definitely parte after parte.

The Twitter Barbecue Party is a networking and fun party with the intention of bringing together Ugandans on Twitter (UOT) and other social media platforms for a meet and greet musical event. The event was driven by a popular outcry and demand from many people in the digital space who craved to have a better networking platform where they can connect, share ideas and opportunities in the digital marketing arena of Uganda.

Organised by Touchvert the event that is slated for 7th March, will be held at Monalisa De Boss bar located in Kisaasi with gates opening at about midday for all those who would want to pregame ahead of a long, fun filled night.

The party will feature some of Kampala’s illest DJs like DJ Nyowe, and hosted by MC Emeka. Drinks will be sold at happy hour price until 9pm, and all foods will also be affordable, and tasty.

Students have been urged not to miss this great event that offers them a chance to hangout with their social media celebrities, make new connections, and also garner some more followers especially on Twitter.