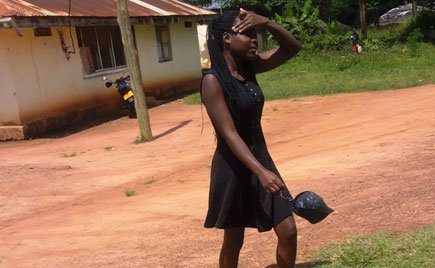 Police in Lira District in northern Uganda have detained a first-year student of Kyambogo University on allegations of faking her own kidnap.

Teddy Twinomashiko, 18, was picked from Lira University where she was reportedly staying with a one Hasad Muyanja, 21, whom the police suspect to be her lover.

Trouble started last week when Twinomashiko reportedly sent several text messages to her parents back home claiming she had been kidnapped. The alleged abductors threatened to kill her if her parents continued calling her phone.

Police detectives later tracked and located Twinomashiko’s phone to be at Lira University, Lira Sub-county in Lira District. She was found staying with Muyanja, a third year student of Community Psychology at his hostel at Lira University before she was arrested on Friday.

“She has been sending several threatening text messages to her parents, warning them to stop calling her phone number or else they get ready to receive her body,” the North Kyoga regional police CID boss, ASP Joseph Mugalya told this reporter on Sunday.

“We, therefore, launched our investigation and indeed we tracked her phone and discovered that she was with her boyfriend at a hostel at Lira University,” he added.

He said the suspects will be transferrred to Kirinya Police Station where a case of kidnap had been registered under CRB 140/2019.