Police Arrived After We’d Rescued Drowning Partiers, They Did Not Save Anyone- KIU Student 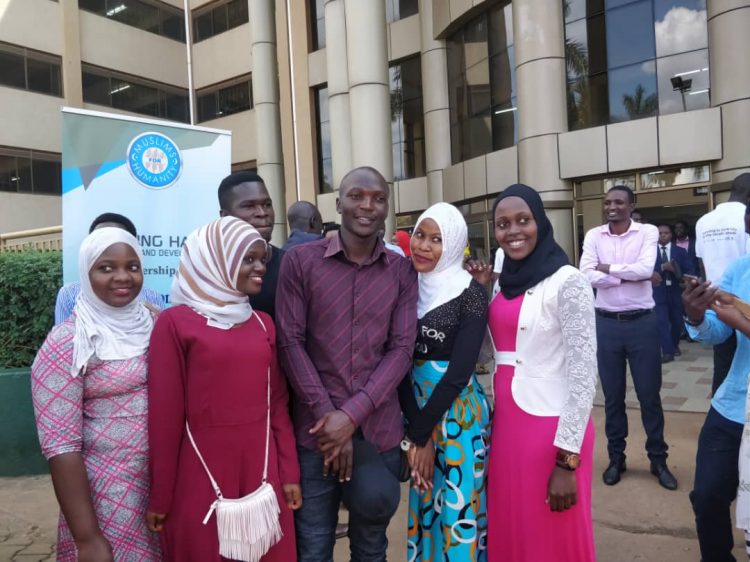 Masole (M) has become a 'celebrity' at campus for his heroic act.

The appreciation that has been attributed to UPDF and Police marine has irked heroic KIU student, Brian Masole. Speaking to Campus Bee Thursday afternoon, Masole says that he is the hero of that evening. .

The third year mass communication revealed on his first trip, there were 12 people he saved and immediately after putting them ashore, he went back for more and did this a 5 times [5 trips], and not caring to count the number he was taking on, he just knew that he had to save as many as he could, and true to his wish, he did save as many people as possible.

He however requests that the Media publish correct information and look for the truth.
“All initial information circulated by the media was wrong,” he says. “The media need to use their ethics as they work. Police was not there to save people; appreciate the right people,” Masole told Campus Bee in an exclusive interview.


What brings a sad note to this story is that despite the fact that Masole has been shown as the person that saved so many of these people, opulent people at that, only singer Irene Namubiru has come back to say thank you to him and recognize the value of what he did for her/them. He wonders if it is because they were prominent people and they do not want their identity to be revealed. Isn’t it only courtesy to say thank you?

“I know for a fact that many people were saved, even beyond the declared number,” Masole recounts. “Most people left as soon as they got ashore,” Masole adds. He also says that most of people that had been the boat were opulent people and they were not accepting photos or videos of them to be taken. Most of them used Bodabodas, even Irene herself used one.

Police Arrived After We’d Rescued Drowning Partiers, They Did Not Save Anyone- KIU Student