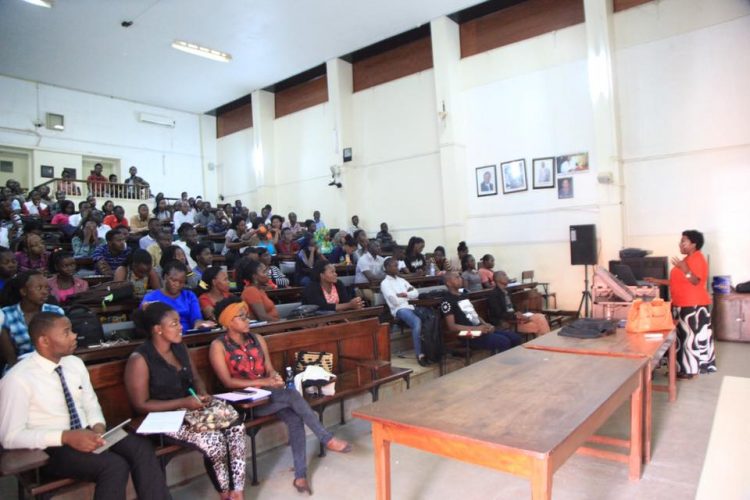 Our correspondents have revealed that Prof Nawangwe, who is currently on leave, has sent several emails and whatsapp messages calling upon lecturers to report for work as he disregarded the “propaganda” that students were stranded. “Dear Colleagues, the media is spreading propaganda to create an impression that there is a strike at Makerere University and that students are stranded. This is expected of our media,” Prof Nawangwe wrote.

This campus news website has learnt that Prof Nawangwe is threatening to hold a headcount of lecturers in a series of emails he has sent to the staff members. “This is to request everybody to disregard this propaganda and carry on with their duties normally. An audit of teaching is on-going.” One of Nawangwe’s emails reads.

Muhwezi’s suspension has led to an industrial action by some of the university’s top lecturers who have vowed not to resume work until their leaders are reinstated. However, Prof Nawangwe has denied the allegations that lecturers are on strike as he described stories “fake news.”

The Ag. Vice Chancellor, Prof. Eria Hisali has today afternoon called for an emergency press conference  to address the progress of semester 2 and other emerging issues.