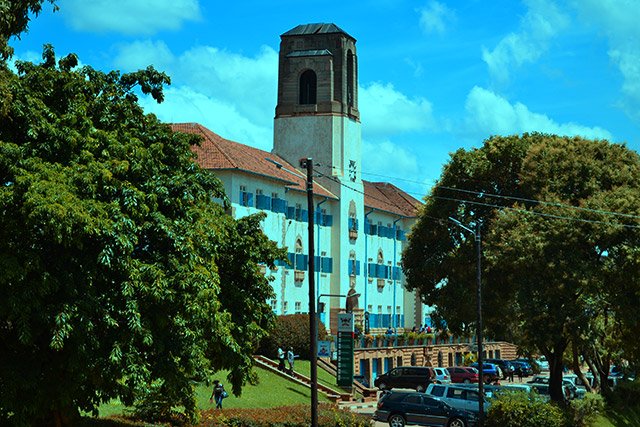 When the first year students of Makerere University constantly threatened to strike, over delayed ID issuance, they expected immediate attention. But little did they know that they could hardly stomach what they wished for.

Issuance of IDs began last week, and a few have managed to get theirs. However, many have already started giving up because of the detrimental process passed through to get IDs. Mary, a student at the College of Humanities says,
“I cannot afford to be squeezed and pushed back and forth, in a queue of smelling boys for a full day. I have given up on getting the ID for now. I would rather carry my bulky biodata form to sit exams.”

Simon, a student at the College of Engineering, Design and Art was furious,
“I have been coming here for three consecutive days, but I am driven out at the end of each of those days. Since the officials arrive at 9 a.m usually, I decided to arrive at 6 a.m in the morning hoping to find no student and wait for service, but shock hit me when I found over 50 students already waiting. Still, I left at 6 p.m with no ID. Today I arrived at 5 a.m, but it’s close to midnight and this queue hasn’t moved an inch; there are few officers working on us.”


The Academic Registrar had to intervene; owing to the violence in the line, where girls where flexing muscles like boys, and some issues of snatched wrist-watches and phones. He appealed to the Academics Minister, Wanyera Simon, who calmed the freshers down, assuring them that they will all get IDs – this did not calm them much for long though. It is more of an ‘Only the strong survive.’ scenario.