According to a screenshot that Campus Bee has received, the lecturer, whose contact name is indicated as Dr Wekoye decided to roll the old-school way – giving his student coursework.

“Discuss the current applications of natural gas and its role in emerging economies like Uganda;” the coursework reads. 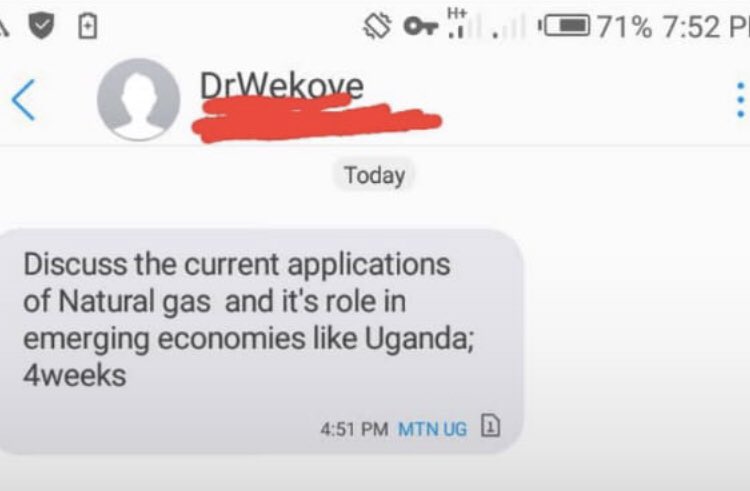 The lecturer further gave a 4-week duration for the assignment to be accomplished.

This caught the attention of many because its very unsual for any form of communication from lecturers and university staff to come through via SMS.

Kyambogo University semester has been hanging in balance for long period of time due to low-cut online learning which doesn’t favour most of its students.

The students have since run low on hope praying that God comes to their rescue.

It should also be noted that the institution hasn’’t held its graduation which was usually slated for December but unfortunately didn’t happen due to the COVID-19 pandemic. The university has since been pondering on the next move