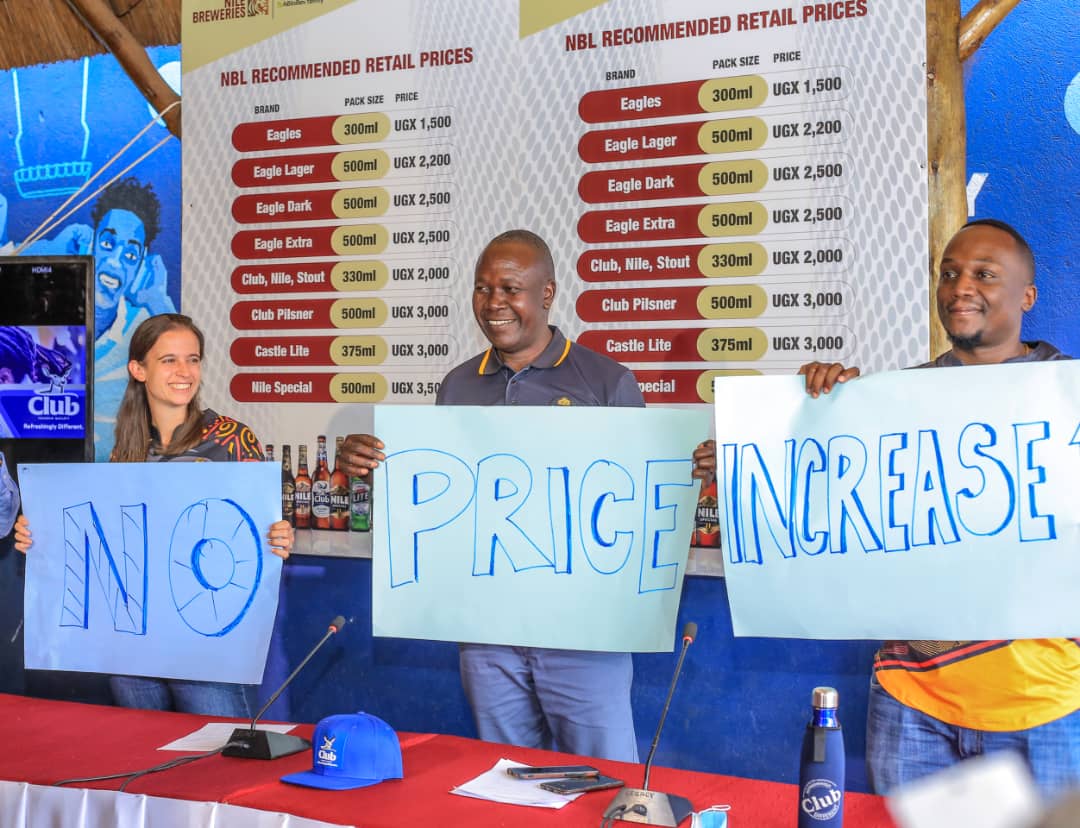 Nile Breweries Limited (NBL) have asked their consumers and the general population to report anyone dealing on their behalf that they find selling their products higher than the recommended retail prices that the beer company has maintained amid scorching inflation.

This was at press conference that happened at the brewery in Luzira where top management announced that they would be maintaining their beer prices despite the negative economic pressures faced by businesses across the board.

Speaking to the press, Onapito Ekomoloit the NBL Legal and Corporate Affairs Director likened Nile Breweries to the big brother that takes the blow whenever someone they care for is facing attack.

“As a multi-national that has been in this business for a long time, we believe that we have more muscle to absorb the shocks related to increase in prices better than our consumers and that is why we are taking the blow for them – like any big brother is expected to do.” He told journalists.

Mr. Ekomoloit noted that there has been a steep increase in the prices of raw materials that they use to make beer, not to mention the rise in fuel prices that affects their transportation of the same. He however added that NBL is also aware of the times that consumers are going through financially especially after the COVID-19 times.

“We want to stand with Ugandans during these hard times and get through them together when we can. That is why we are maintaining our prices despite market pressure and increase in costs of production.” He said.

The recommended retail prices have been circulated on the company’s official social media channels and points of sale to raise awareness and drive price compliance along its value chain.  The company appealed to the public to report anyone selling their beer higher than that recommended price.

“We need all our sellers to respect the recommended retail prices. If you find anyone selling our beers at a higher than recommended price or claiming that we have increased our prices, please inform us and we shall follow up.” Molly Horn, the NBL Trade Marketing Manager said.

Asked what their message to bar owners and other sellers who have sought to increase the prices of beer citing their own operational costs is, Ms Horn said that NBL advises them to consider the consumer’s woes as well and either engage the brewery for support or consider selling in volumes to beat that.