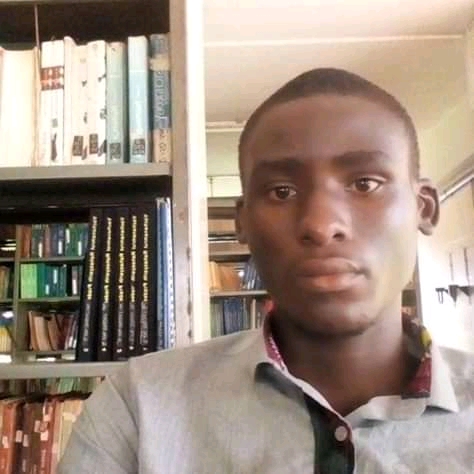 Niwabine Daudi, a Makerere University student pursuing a Bachelor’s Degree in Education has been missing for the past one and a half months following his alleged brutal arrest in the November 2020 Bobi Wine protests.

Niwabine, who decided to start working following the continued closure of universities was reportedly arrested from his place of work in Kawempe.

Babigumira Devis (Niwabine’s brother) has told Campus Bee that Niwabine was abducted and taken away by a police private car registration number UAZ 642R on 19th November 2020 and there’s CCTV footage to prove it.

According to Bibagumira, his brother has spent over a month and a half in police custody but they have not gotten the opportunity to visit him or know his whereabouts.

“On Saturday of 21st/11/2020 I received a phone from a stranger who informed me that my brother was brutally arrested on Thursday of 19th/11/2020, the day that riots rocked the country. He told me that they arrested him around Kawempe at his work place. I sent my other brother immediately to check police of Kawempe, Wandegeya, Nabweru, Nansana and old Kampala but there was no any record of him.” Babigumira said.

“I went to the scene where my brother was arrested. This is what made me cry, they told me that the black leathered uniform forces with headgears, who could not be identified arrested my brother brutally and bundled him in a drone vehicle. They beat him that he could no longer stand, the eye witness remarked that he pleaded with them to speak to the next of kin but they could not allow. And lastly they told me to pray to God if he is still alive.” He added.

Babigumira, who suspected that his little brother was being held at Kitalya Prison sent his other brother to check and the Prison warders confirmed that indeed Niwabine was one of their inmates but would not allow anyone to see him since it wasn’t a visiting day.

It was however discovered later that Niwabine wasn’t at Kitalya, which escalated the hunt, leading to deeper suspicions.

Through the Inspector General of Police Martin Okoth Ochola, Babigumira was given permission to check Kitalya Prison again to confirm whether his brother was being held there.

“I left Kampala for Kitalya at 2pm, the warders at Kitalya were cooperative, they searched for the second time and to my surprise they told me they have no record of my brother. However the warders who were on duty on Sunday insisted that they met my brother on Sunday.  I was advised to come back to Kampala and check in all courts that handle Kawempe.” Babigumira explained.

“I went to city mortuary, Mulago hospital mortuary and Mulago national referral casualty section 2B, there was no record of him. Finally the CID commander told me that there is nothing he could do about it.” The broken Babigumira said.

In collaboration with Police, Babigumira was able to  get the footage and car number plate of UAZ 642R which took his little brother. He later went to the Uganda Revenue Authority (URA) licencing department and discovered that the vehicle UAZ 642R that took his brother belonged to CHATHA Investments.

According to Babigumira, he went to CHATHA Investment offices located along Jinja Road and he was told that they sold a TOYOTA CAMRY UAZ 642R 2016 Model to Uganda police not a Toyota Hiace (drone) that took his brother.

“I went to CHATHA Investments along Jinja road, I was told by the ministry of defense department that they sold TOYOTA CAMRY UAZ 642R 2016 Mdel to Uganda Police. They also agreed that they did not make any transfers in regard to that vehicle.  The car which abducted my brother, in the footage was a Toyota Hiace drone vehicle. How does the number plate UAZ 642R of a Toyota Camry end up on a Toyota HIACE vehicle?” Babigumira wonders.

Justice Musa Sekana issued an order of habeas corpus against the IGP to bring the body of Niwabine Daudi in court on 28th/12/2020 but up to now he is still missing. Campus Bee has learned that all security agencies have been instructed to release Niwabine, whose whereabouts remain unknown by press time.