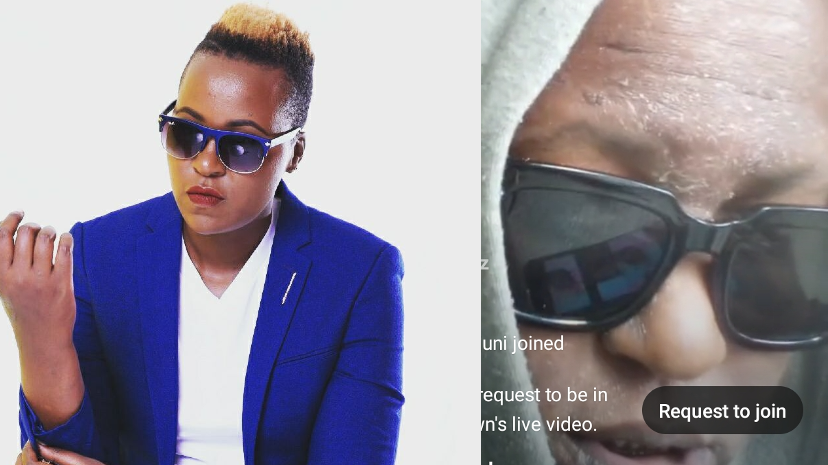 Ugandan Rapper Keko on Monday night hosted a live Instagram video that left many Ugandans with teary eyes. During the live session, the rapper looked high, with a pale scaly skin.

Keko’s state attracted many Ugandans to call upon the hip-hop community and relevant authorities to join hands in rescuing the rapper from drugs.

“Somebody needs to help KEKO!! If you go on Instagram and watch her LIVE video , you will stay away from drugs!!” Tweeted Ugandan social media influencer, Sheilah Gashumba.

Several Ugandans stormed the rapper’s comments section to ask “What happened to Keko” but the stoned female MC didn’t seem to be connecting with her followers.

Keko left Uganda for Canada a couple of years ago to pursue a film/videography course. She later decided to settle there as a citizen but things do not look to be going smoothly.

Keko has had a long-lasting addiction to drugs despite her tireless efforts of trying to avoid the vice. Some music analysts believe that the unfair deal she signed with Sony Music depressed her, and reportedly threw her into an addiction that ruined her music career.

We hope she gets help!