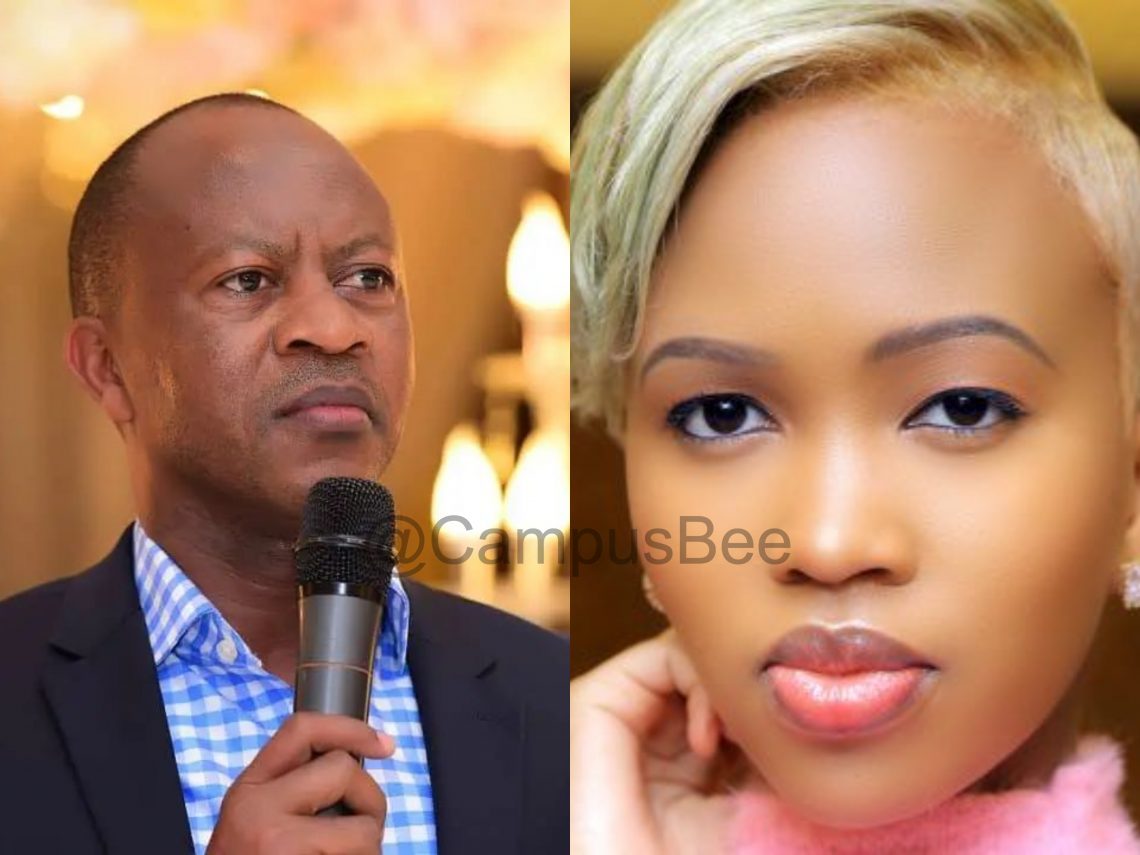 Frank Gashumba, father to city socialite and TV personality, Sheilah Gashumba has broken the deadlock with an explosive revelation of his daughter’s indiscipline.

The disgruntled dad, through a leaked audio, shared his latent pain of dealing with a disrespectful Sheilah.

This follows a series of controversies the celebrity girl has had online, often characterized by pride and prejudice with little or no remorse.

On several occasions, Sheilah has been publicly called out for her reckless comments that have left her old man vulnerable to people’s rage, blaming him for his daughter’s actions.

Frank Gashumba pointed out the fact that like any other parent, it is his responsibility to protect the daughter whilst in the eye of the world and subsequently condemn her actions in private.

However, to the dad’s dismay, his advice and efforts seem to be hitting a dead end since Sheilah continues to repeat similar mistakes or barely fulfills her father’s requests.

“If Sheilah can’t respect me, how do you expect her to respect anyone else?” Frank Gashumba wondered.

The Gashumbas seem to have been battling internally to a point that the senior couldn’t take it in anymore.

The disclosed conversation between Frank and a one Diana indicates how furious the former is regarding the daughter’s behavior.

More shocking details are in the audio below;