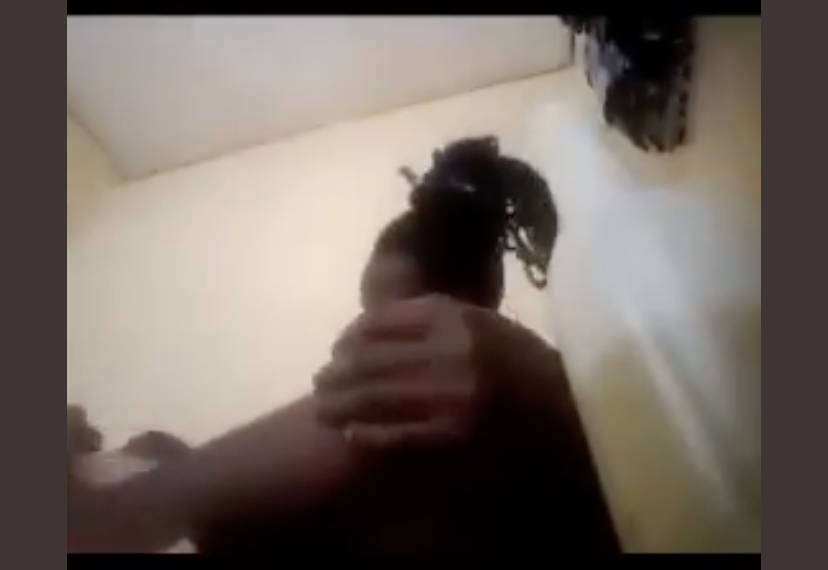 Campus Bee has established that the two students seen in intimate video are freshers at the Nakawa based Makerere University Business School (MUBS). It has also come to our attention that the zoom meeting, during which the sex session was captured, is for Bachelors of Commerce Class (BCOM).

Netizens (internet users) most especially on the Twitter Lane were thrown into shock when the two sex pests were seen using what is believed to be cooking oil in a container to “lubricate” the session.

Also, word from a section of the tweeps has it that the liquid in the container is strongly believed to have been sanitizer due to its lightness in colour.

The video, which has caused stir on social media made its way to the social streets in the wee hours of today (Friday), according to the reports Campus Bee has received.

The students behind this video still remain anonymous. However, a one tweep, Thee HeadGirl (@mwanaishamusa1) indicates that the lady captured in the video has since disappeared from her hostel, and should be on the suicide watch.

Campus Bee is digging deep into this matter to keep you updated. Stay tuned.