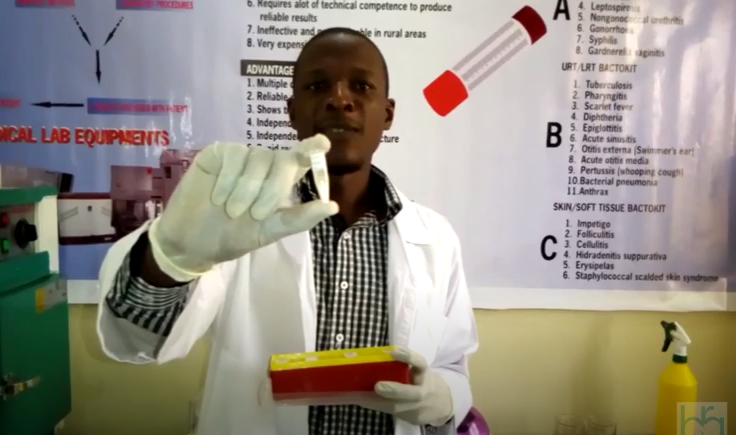 Health experts have come out to warn Robert Mijumbi, a Kyambogo University graduate of Science Technology – Biology who claimed that he can cure COVID-19.

In a professional and detailed statement released by Dr. Samuel Opio, the Secretary of Pharmaceutical Society of Uganda, Mijumbi was advised to stop creating unnecessary anxiety among the public as it can derail the ongoing government efforts in containing this virus.

Opio further stated that Mijumbi’s idea is indeed more advanced and sophisticated but it remains a mere hypothesis (theory). In his opinion, Mijumbi’s Biologics approach needs to be done in high level laboratories, which he doubts that the Kyambogo graduate has.


“It is important at this point to guide the public and Robert about drug research. Use of proteins as a means of treatment falls broadly under a term called biologics. This is a growing area. Most drug treatments have been  chemicals in nature  such as paracetamol and produced through chemical synthesis involving a few chemical reactions.” Opio’s statement partly reads.

“Biologics however, is a more advanced and sophisticated process which can be done either through use of micro-organism cells or direct synthesis of the biologics.” Opio added in a statement.

Mijumbi’s YouTube videos have been making rounds on social media in addition to a letter he addressed to the Ministry of Health in which he offered to deliver the COVID-19 cure within ten days. Mijumbi also claimed that he has successfully treated one HIV patient with the same procedure which he believes can instantly kill Coronavirus.

However, Opio advised Mijumbi that treating one HIV patient should not be celebrated as success because it would require testing it on hundreds of people before calling it a cure.

“Mr Robert Mijumbi should therefore desist from creating unnecessary  anxiety among the public as it can derail ongoing government efforts in containing the COVID-19 pandemic by creating a false sense of security. In addition, it makes the public question our competencies as scientists especially when we make unverified claims.” Opio warned.

Opio further warned that biologics is not a problem but the safety should be considered more seriously. According to Opio, this method can be dangerous to the human body if the created enzyme is not well purified in high level laboratories.

Opio concluded by advising Mijumbi to work together with the Ministry of Health to see how they can advance his ideas.

Easter Special! Some of the Finest Kampus Girls ‘Quarantined’ on Social Media Unveiled