Suubi Turns 20, Cuts Cake for the First Time in His Life 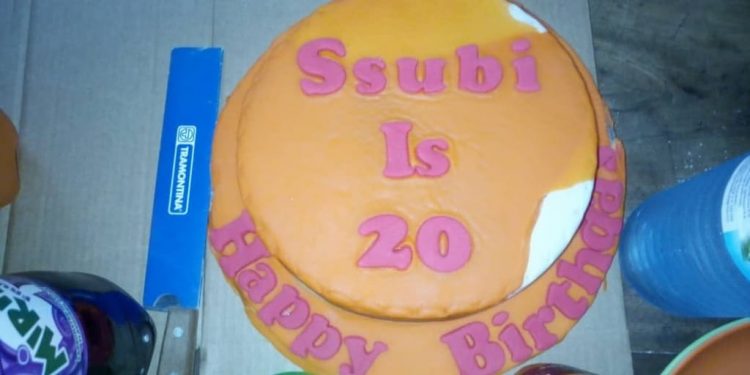 Suubi  Henry Kiyimba, a Makerere University fresher who was trolled on social media for carrying a metallic suitcase to begin his university life made 20 years of age at the beginning of this week. Suubi captured the attention of many Ugandans on social media when a photo of him surfaced on Twitter being trolled for his metallic case and ‘Ousofia’ bag.

Madam Diana Kigozi, an entrepreneur majoring in bakery made a surprise cake for the guy and made his birthday happen. Suubi, along with his friends celebrated the birthday with his friends and classmates. Slay queens were not notified and missed having a taste on Suubi’s cake.

He thanked the people that wished him well and urged himself to continue praying and working hard so that he can also change the lives of the people from his region and the country as well.