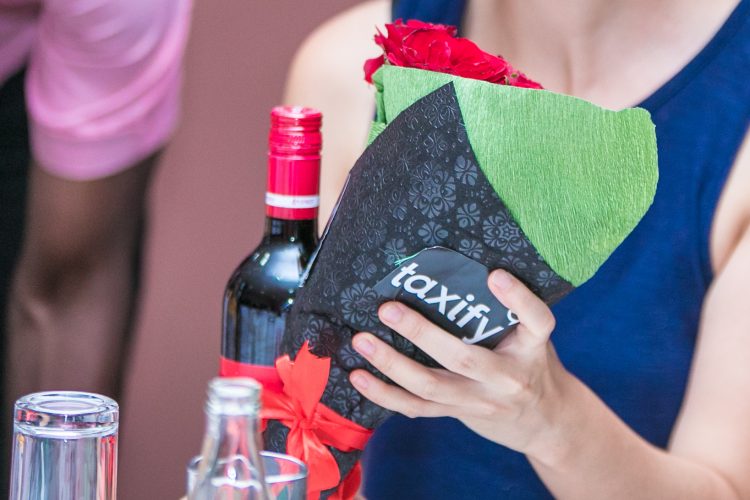 While there was spill over of love from the ins and outs of the country in celebration of Valentine’s Day among couples, Taxify threw a dinner for some of its selected customers in appreciation for their loyalty. The different customers were rewarded with various gifts ranging from wine, flower bouquets with a dinner that crowned it all. This dinner of extreme merriment occurred at Silver springs hotel in Bugolobi.

“20 customers with their preffered valentines have been selected to be rewarded today.” Said Sarah Wanyanga, the marketing Manager for Taxify.

Taxify had been running an online Valentine’s day campaign on the hashtag #ILoveYouBut where participants were encouraged to genuinely express their feelings to their loved ones. The campaihn had been running since 5th February and it came to an end on 14th February 2019.

“The campaign allowed taxify customers to share all the things that irk them about the people they love and we thought this is a nice way of celebrating Valentine’s day with our customers.” Sarah continued to say.

We must remember that recently Taxify Uganda has been going through baseless speculations from the public regarding its close of business. It is upon this basis that Sarah Wanyanga cleared the air saying;

“The reports that we are closing or handing over operations in Uganda are untrue and they’re based on unfounded rumors. At Taxify, we continuously strive to build an open, efficient and sustainable transportation ecosystem and remain committed to meeting the growing need of an affordable and reliable transportation, whilst creating sustainable jobs.”

Taxify, Europe’s leading ride-sharing platform that quickly grabbed the heart lock of Ugandans upon its inauguration was launched in 2013. It has since spread to more than 20 countries with more than 5 million users. It’s business in Uganda is still going on as opposed to the allegations.