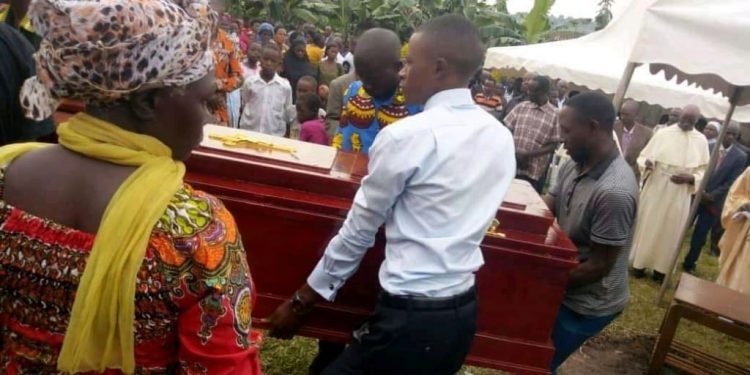 Last week, a Bishop Stuart University (BSU) student Abigaba Doreen who had gone to church in her home area in Obanda had her last breath in a very unclear situation.

The cause of her death isn’t established yet even by the family members as it is said that she got an abrupt vomiting problem while in church, collapsed and later passed on after reaching Kagongo Health Center in Ibanda District.

She had been a second year student pursuing a Diploma in Records Management and Science and one of the most silent students in her class as told by her course mate, Sarah Nahabwe.

Her body was laid to rest in Kitagwenda District on Sunday 12th January where a big number of family and friends plus some of the representatives from the university escorted her to her eternal home.