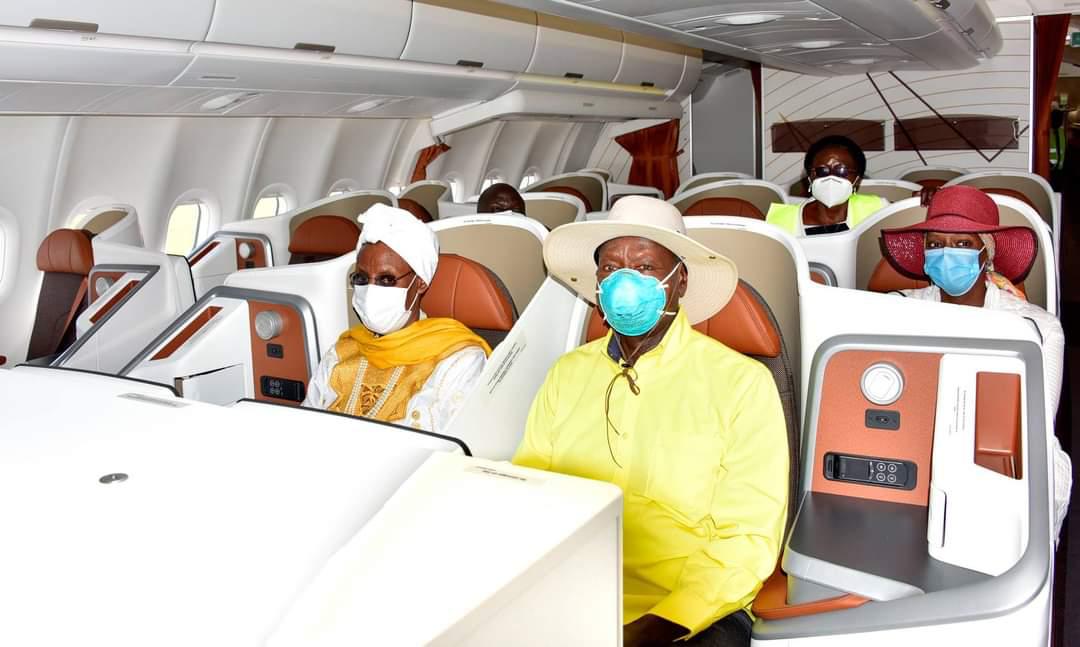 Uganda on 22nd December 2020 received the first of its two Airbus A330neo aircraft, bringing the total fleet to five as Uganda Airlines continues with revival efforts.

The A330neo aircraft touched down at Entebbe International Airport, 40 km south of the capital Kampala, on Tuesday as few invited guests due to COVID-19 guidelines cheered.

The second aircraft will be received next month, according to the Uganda Airlines.

“The revived Uganda Airlines will support our economic growth by facilitating transport and tourism,” said Museveni, who led a reception on Tuesday.

“It will be a major boost if the 400 million U.S. dollars Ugandans spend annually on air travel comes to our own airline,” he said.

The Uganda Airlines closed operations 20 years ago having suffered gross mismanagement and embezzlement by its previous management that run it before the NRM came into power in 1986. By the time of the takeover of government, the NRM inherited a collapsing airline.

President Museveni warned against corruption at the airline saying

“I congratulate Ugandans upon this achievement and encourage each one of us to support our own. To the management, staff and officials, I do not want to hear of any corruption in the Uganda Airline, I do not want to even smell a little of it.”

Uganda Airlines collapsed in 2001 after it faced financial difficulties. It was liquidated after years of making losses.