Top Student at IUIU Gets 1.5M, Laptop BUT Must be Muslim – Admin 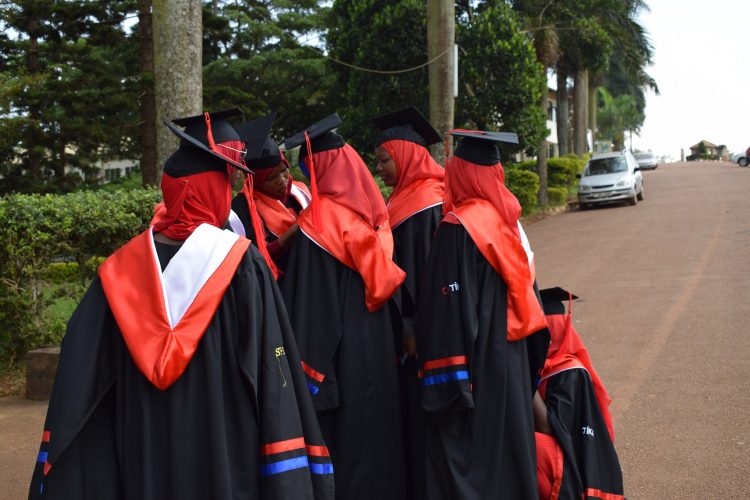 The Academic Registrar of Islamic University in Uganda (IUIU) Dr Halima Wakabi Akbar has challenged the students at the institution to compete for academic awards.

Dr Akbar says at the institution there are four awards namely The Prince Badru Kakungulu Award, The IUIU Alumni Award, The International Islamic Charitable Organisation (IIOC) and The Rector Award given to outstanding students.

Despite enrolling both Muslim and non-Muslim students, the institution awards the best academic performer on Graduation day a modern laptop and 1.5 Million Ugandan Shillings cash.

“The IUIU Alumni Award is given to the second best student irrespective of the gender or religious affiliation. The student should be an all-round student with good leadership qualities and highly disciplined, active in sports and other co-curricular activities. The award carries Ug Shs 1,000, 000 ,” reads a statement signed by the Academic Registrar of the institution.

“The International Islamic Charitable Organisation is given to the best Muslim female student. A Daii worker with excellent leadership skills, active in sport and co-curricular activities, highly disciplined and exhibiting interpersonal skills. The Award carries 500 USD”

“The Rector Award is given to the best creative and innovative student. The Award carries Ug 2,000,000,” says Dr Akbar in a statement.

“The Awards are very important because students are motivated to work hard in their academics,” Pias told Campus Bee.

IUIU Trims Number of Staff on Campus to Fight Coronavirus

Top Student at IUIU Gets 1.5M, Laptop BUT Must be Muslim – Admin