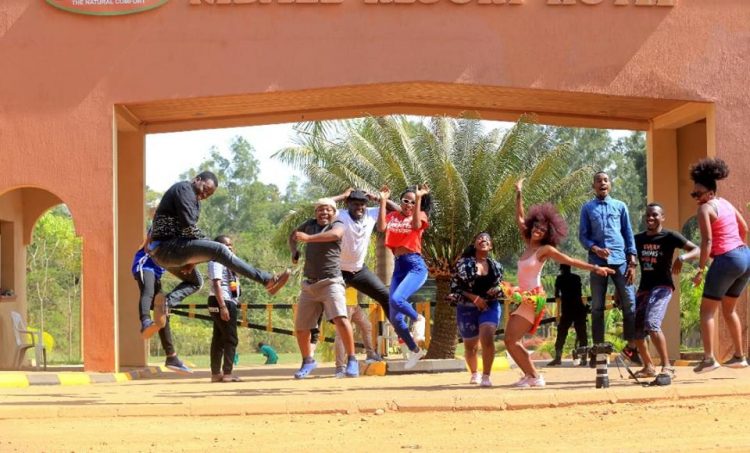 Digital Marketing is a tool and source of income for quite a number of young people in Uganda today. Tulambule, a campaign that’s geared towards promoting domestic tourism, organized by prominent media guru, Junior Kazoora aka JK along with Uganda Tourism Board (UTB) hired, mostly university influencers, to hop onto the trail to Eastern Uganda with socialite Anita Fabiola.

Before setting off from Kampala, the over-the-moon youthful group of influencers were promised heaven on earth. Campus Bee understands that these influencers were promised to be paid shs150,000 per diem (minus meals and accommodation). Throughout the entire trip, no one mentioned when or how they were going to be paid. They [influencers] played their part- posted photos of the adventure, the magnificent beautiful scenery of Sipi Falls- they seemed to be living large but little did they know that payment would become an issue.

On returning to Kampala after four days of adventure, the influencers (who are mainly university students) were paid a paltry shs50,000 each. Confused and dejected, one of the influencers wondered if that’s all they’d be paid for toiling to make the #Tulambule hashtag trend on social media.

The influencers would not take none of this, screenshots that this reporter has exclusively seen indicate that Kazoora was furious that the influencers were demanding for their net pay (shs600,000 each for the 4 days) in the same WhatsApp group shared by the Tourism Minister and UTB officials.

We quote one of the strongly worded texts sent by an influencer verbatim;

“People learn to respect other people’s hustle. Digital marketing is what I do for a living and if I do work for you and you can not respect my efforts it is okay. I can never lower my standards for something not worth my effort. Thank JK [Kazoora] for the experience but not all of us swallow bull shit. The money you are offering me does not even pay up for the money I paid people to help me push your gig. Let me count this as a loss and learning experience. I do not expect any money from you but this is likely to affect your brand and public image. The same energy we used to make trend can be used to something else.”

Kazoora replied (in the same WhatsApp group); “This boy is crazy… just talked to him and agreed … this is what we call career breaking moment.” before going ahead to calm down the furious influencers by offering to pay them shs200,000 each for the 4 days as opposed to shs600,000.

Hell broke loose as the influencers insisted that they should be full amount that was agreed upon. One of the influencers (names withheld) wrote (in the same WhatsApp group): “I got flue from the trip. I have so far spent 200K on medication. So it beats my understanding that the 200K I have so far spent on my medication is what am supposed to get as payment. Then what did I go for??”

It took the intervention of a UTB official for the to calm down. They were promised to be initial sum that was agreed upon at the end of this month.

We shall keep you posted!