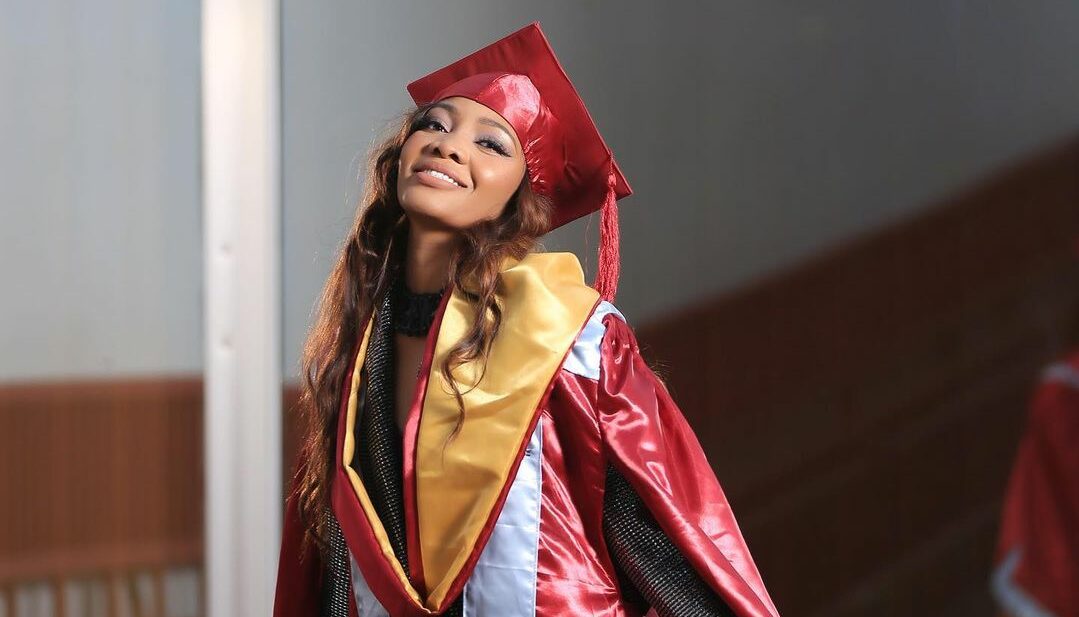 Singer Pia Pounds was among the 529 students who walked away with degrees and diplomas during the International University of East Africa (IUEA) 8th graduation ceremony. Pia, the singer behind the top-charting banger dubbed Tupaate pursued a Bachelor’s Degree in Business Administration.

The singer took to her official social platforms to celebrate this milestone on Thursday shortly after graduating.

“Your girl made it” Pia captioned her IG photos after revealing that it was her happiest day ever in another post.

More than 500 students on Thursday walked away with degrees and diplomas in various courses during the International University of East Africa (IUEA) 8th graduation ceremony. The event, which was both physical and virtual was held at the university’s main campus in Kansanga.

During the ceremony, Atwine Shallot emerged the best overall student with a 4.94 Cumulative Grade Point Average (CGPA). Atwine pursued a Bachelor of Business Administration from IUEA.