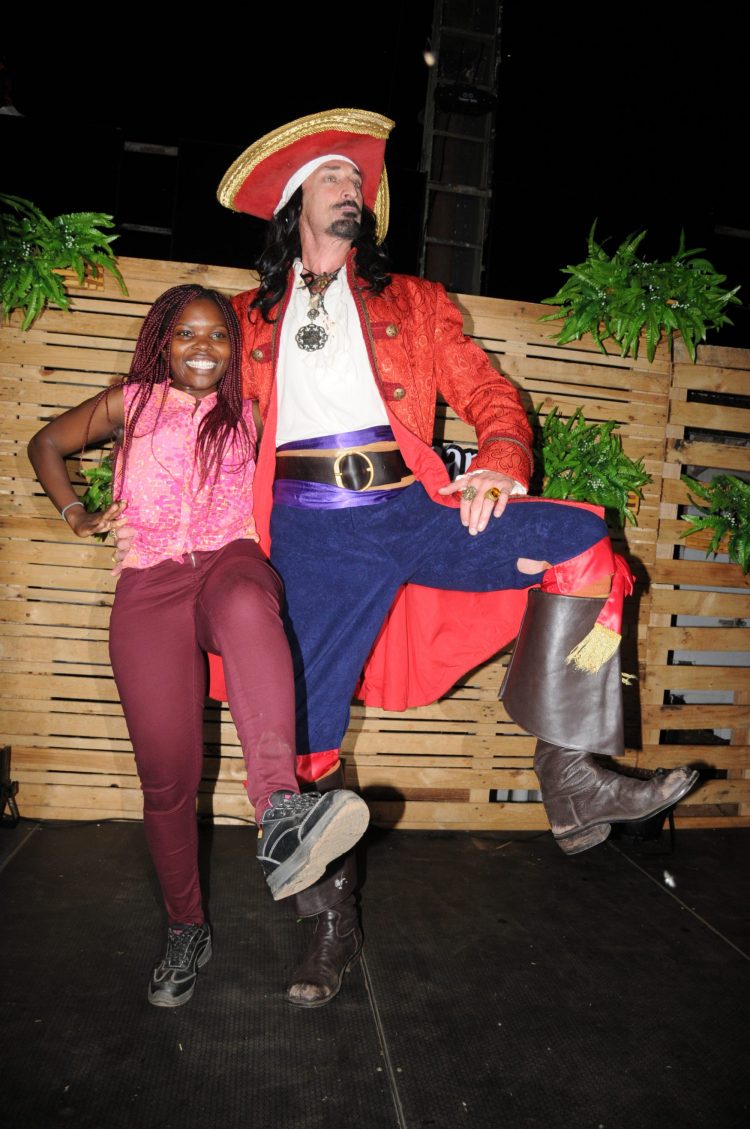 “In an industry like ours that is fast moving, consumer needs and tastes are constantly evolving. In addition, over the last couple of years, we have witnessed a growing consumer preference for spirits. We continue to listen to our customers and carry out market research to meet their ever-changing needs. The introduction of Captain Morgan Gold is proof of our ambition as Uganda Breweries to lead in innovations in our market,” Ms. Kagwa said.

The launch was a beautiful night, with a Captain Morgan Gold cocktail in one hand, a generous plate of BBQ in the other hand and a cool breeze to wash it all down. The Innovations Team at Uganda Breweries LTD turned an abandoned ship at Portbell Pier into a rustic pirate venue. With red black and white dotting the ship, the Captain Morgan look was one to marvel at as guests walked in by 4pm. The launch was on a boat to fit the brand’s essence and association with Captains and Pirates.

Captain Morgan’s Global Brand Ambassador Captain David was flown in by the Diageo group from New York for the colorful event. He didn’t spare a moment to make his presence felt. His tall stature and flamboyantly elaborate pirate costume drew wide stares but it was his loud and animated persona that attracted revelers to dance and take selfies with him. He was the perfect lime topping for this cocktail pirates party.

The Captain Morgan brand is inspired by a legendary sailor who lived a life full of adventure and fun times with his crew. It is the world-famous for being fun and enjoyed around the world by young adult consumers dating back to 1944 when it was first produced.

A secret recipe of spice and natural flavors that are expertly blended with fine Caribbean rum – then aged – create a taste and color for a smooth and refreshing tasting drink. The rum is best served in a tankard over ice, with cola and a slice of lime.