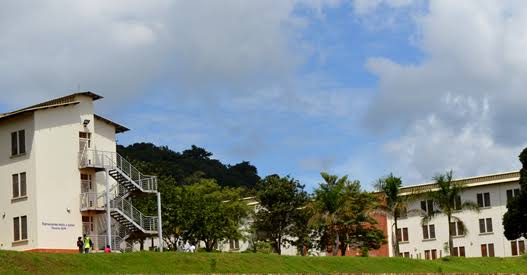 Archeles Kijambu has been residing in Nsibambi hall for 6 semesters. During his stay in the University hall, he has lost 5 laptops, huge amounts of money and at one point he lost all his clothes.

His story is not much different from the one of Tessy Akomuhangi, a 1st year student pursuing a Bachelor’s degree in Business Administration.

Tessy explains that she has lost her property under weird circumstances.

“There was a time when all my room-mates were home. I was here alone for the weekend. I don’t understand how my door was opened yet I locked it. My phone and laptop were taken from my locked wardrobe,” says Akomuhangi.

Following the continued occurrence of crime rates, residents of Sabiiti and Nsibambi halls have appealed to the University administration to come up with revised mechanisms of combating petty crime in the halls.

The students further claim that this has been happening for so long and they feel insecure in halls.

“People steal everything and anything. In actual sense, this is supposed to be better than sleeping on a street exposed to criminals but its not,” says John Woman, an engineering student.

Some students accuse the security of being negligent.

“Sometimes they don’t check people coming in. Some are thieves who come in easily and walk out easily. They take advantage of the weak security to execute crime,” says Barbra Achen, a nursing student.

What does the Security team say?

The UCU Chief of Security, Amon Nahamya admits that there are loopholes in the University security.

“There are a few weaknesses here and there but we are trying to come up with solutions,” says Nahamya.

Nahamya also told the writer that the University in conjunction with the security team have taken strides to buy equipment that will help minimize crime.

“I advise all students to embrace community policing and to as well be on the watch,” says Nahamya.