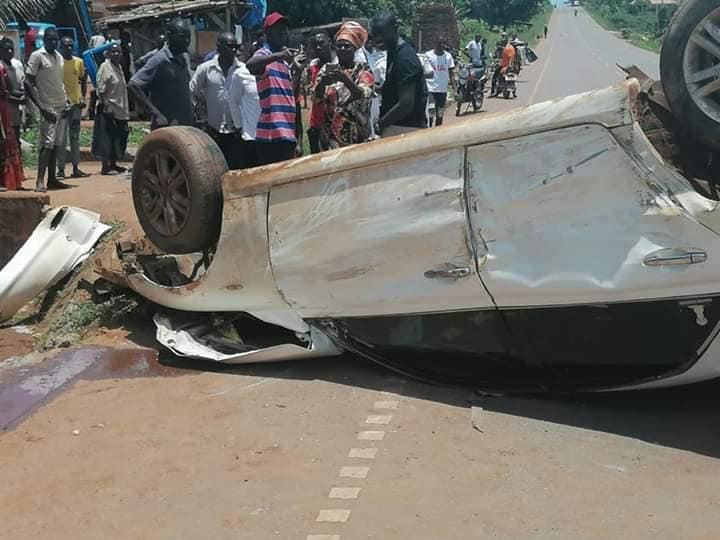 Adbu Kampanya Swaibu, a second year student pursuing Bachelors of Law at Uganda Christian University (UCU) based in Mukono, counts himself lucky after he cheated death in a fatal car accident along Kayunga road as he was returning home.

The student who is now nursing serious injuries was driving a Mark X which lost its way off the road as he was returning from campus when the unfortunate incident happened. It is reported that he had stayed behind longer at his hostel after the University closed following a directive for all universities to suspend operation.

At the scene of the accident, Swaibu’s car was totally wrecked and the nearby residents were left dazed on how lucky the young man was, to survive a very deadly accident as they described it.

His close friends confirmed to Campus Bee that he has been discharged from International Hospital where he was under intensive medical care and is now receiving additional treatment from his home.

Swaibu, according to his friends is popular in his class for the fact that he is nice and generous person. Reliable information provided to us also indicates he is in a move to contest for member of parliament for his constituency.