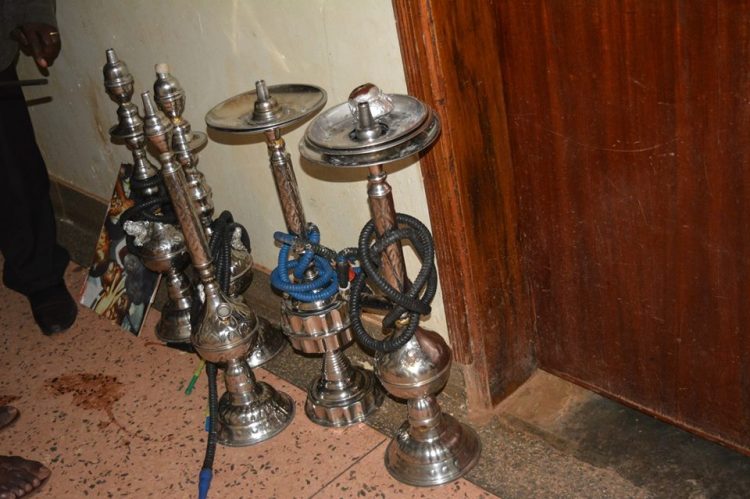 Four yet to be identified Uganda Christian University students were on Saturday arrested and a number of shisha pots confiscated in the anti tobacco operation conducted jointly by the Uganda National Health Consumers Organisation (UNHCO) under the Ministry of Health and the police in pursuit of implementation of the Tobacco Control Act 2015. The operation covered Cassablanca, Mukono, a bar commonly known for harboring shisha smokers.

The suspects are currently detained at Mukono Police Station pending to be arraigned before courts of law on charges related of smoking shisha as stipulated under The Tobbacco Act 2015.

Statistics reveal Uganda loses about 14000 people annually due to tobacco misuse and it’s upon such statistics that led to the conducting of this operation.

The Tobacco Act put a ban on some tobacco products including Shisha (water pipe tobacco), Kubar and other flavoured tobacco products. The Act also banned production, sale and use of electronic cigarettes.

The law states that any person found guilty is liable to imprisonment of a term not less than a year or pay a fine of Shs480000 or both.

Although the on going operations aim at bringing to book every bar that sells tobacco products and consumers of these products, various bar owner’s decry of selective raids listing a number of untouchable entertainment places and bars across Kampala Metropolitan Area.