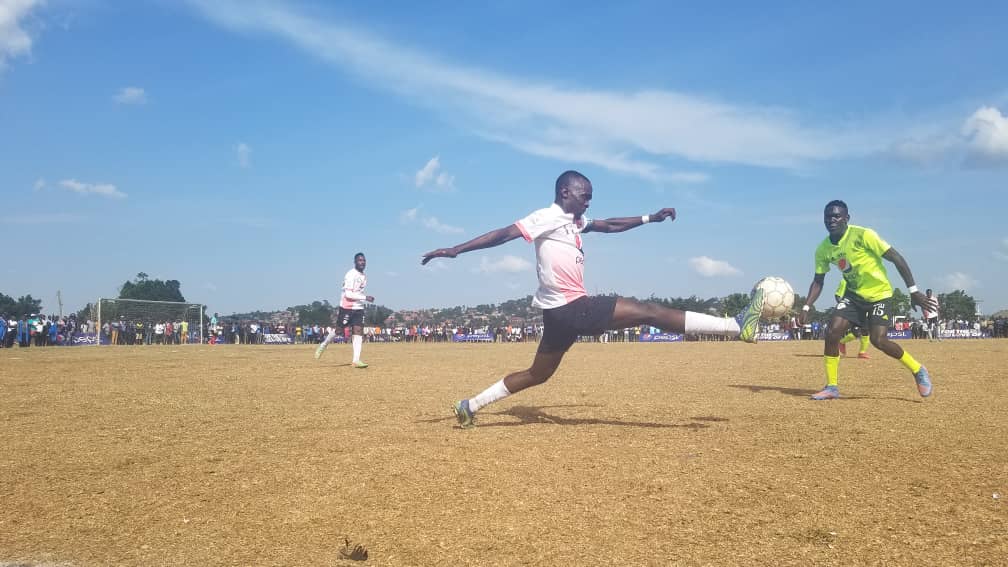 Kyambogo University qualified for the quarterfinals on Monday 27th/June/2022 after a thrilling 3-0 win over Kabale University in the 10th edition of the Pepsi University Football league.

The match that saw thousands of students attending in massive numbers called for tight security at the gates as police demanded a university identification card at hand or a display of a university portal account on the phone in order to access the playground.

Hudson Mbaliire put his name on the game’s scoresheet by securing the first goal with a powerful header in the fifth minute that left the Kabale goalkeeper wandering around his goal area without any trace of the ball.

Within the twenty second minute, a quick corner saw Bindondole Alimansi curve a heavy ball from the wing, meeting Pascal Miiro Junior’s head which sent the ball flying into the Kabale net.

Hudson Mbaliire sent another powerful header into the Kabaale University goal and the keeper could only divert the ball’s direction into the far corner of his goal, making it six goals to Hudson’s tally in the league so far.

Kabale University came back in the second half with more intensity, creating more chances at the Kyambogo University goal. All their efforts however were unsuccessful as many shots went wide.

Kabale’s Number 11, Waibi Charles Moses became an entertaining man to watch as he easily found a way through the Kyambogo University defence, dribbling past whoever came his way. His efforts however failed to secure any goal.

The dying minutes of the game saw a display of talent as Kyambogo’s midfield and striking line waved a tap-tap pattern of short passes.

Kyambogo’s jersey number 5, Bindondole Alimansi, was a calm playmaker of the game while Hudson tried running away from the tight marking of Kabale defenders.