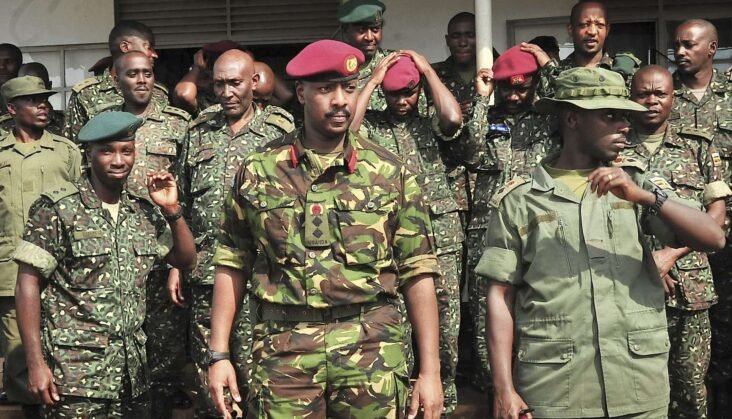 The UPDF Commander of Land Forces, Gen. Muhoozi Kainerugaba has highlighted on the armed forces’ plan to recruit 2,000 graduates in the next exercise.

Campus Bee understands that the recruits will be graduates from both universities and tertiary institutions from across the country.

“As Commander Land Forces of UPDF and on the instructions of the Commander in Chief, I declare that we need 2,000 graduates in the next recruitment,” Gen Kainerugaba revealed on Saturday.

Over the past years, UPDF has not been recruiting enough graduates, a move that President Museveni has always complained about.

“We shall ensure they are the right people for the job.” Gen. Kainerugaba said in a tweet.

According to the UPDF top General, the graduates are expected to serve Uganda just like they did.

Among the requirements for joining the army includes citizenship. A candidate must be a Ugandan citizen between 18-25 years with an Original National Identity Card.

One must be healthy and medically fit; ready to undergo medical and physical body check and a road run to test endurance and body fitness, according to requirements set by UPDF.

Before joining the armed forces, candidates have to be single with no children and also possess a minimum formal education of S.4 (UCE) or S.6 (UACE) in science subjects.