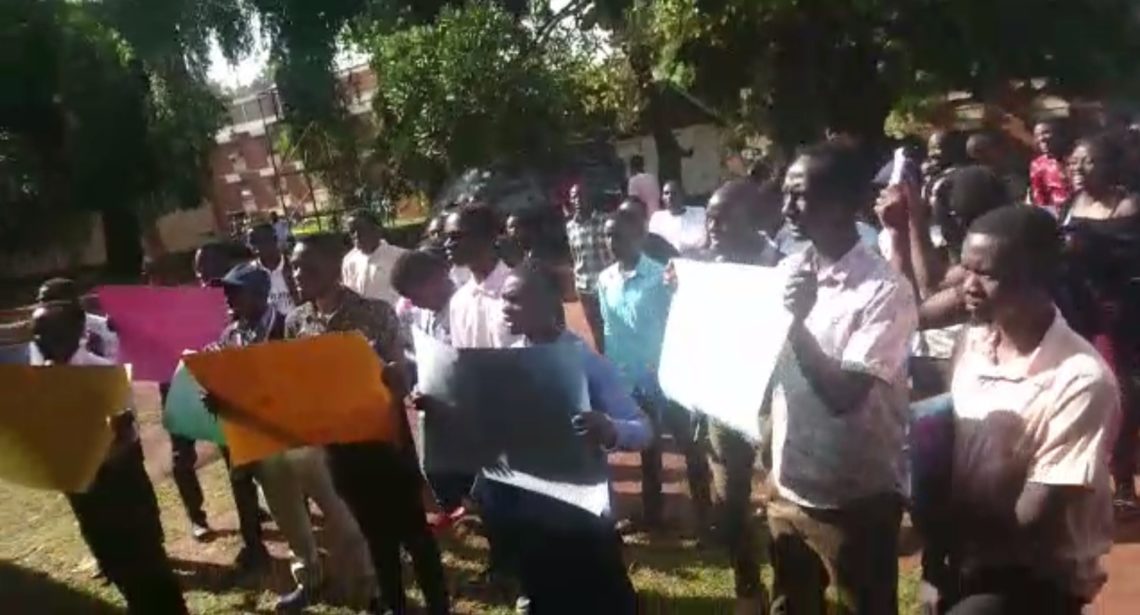 Kyambogo University Year three students pursuing a Bachelor’s Degree in Economics and Statistics have today morning demonstrated against the mode of teaching being used by one of their lecturers handling Managerial Economics.

It is alleged that the lecturer in question has been teaching via WhatsApp and has never made any physical appearance to his students.

One of the affected students told the Bee that the lecturer formed a WhatsApp group for the students who chose to do Managerial Economics instead of Political Economics, which are both electives.

Because very many students decided to do Managerial Economics which is assumed to be simpler, he devised means to reduce the number.

As the only administrator of the WhatsApp group, he commanded all students to have the WhatsApp accounts in their names and registration numbers. This would aid him know which student is more active as he usually sends the questions for discussion in the group.

Marks would be awarded basing on a student’s participation during these discussions. These students are expected to be online all the twenty-four hours of the day seven days a week for he even sends the questions at 3:00am and expects everyone to answer.

Whoever did not participate or adhere to his rules and regulations was removed from the WhatsApp group. Frustrated students had no option but to join the Political Economics class, only to find that the lecturer handling it did not want many students either.

Although numerous complaints against the managerial economics lecturer were voiced, he kept a deaf ear and kept his WhatsApp lectures ongoing. In addition, he is accused of rewarding unfair marks to his students.

All the above has caused dissatisfaction among the students who today decided that enough is enough.

“Say no to WhatsApp lectures,”. “say no to negative marks”, “say no to intimidation of students by lecturers”, “we want the normal physical lectures,” some placards read.

Although they have been assured that the issue will be addressed, these students demand for change of the lecturer with immediate effect.

Full video in the link below;