VIDEO: MAK Graduand Who Used to Repair Shoes Claps Back at Haters 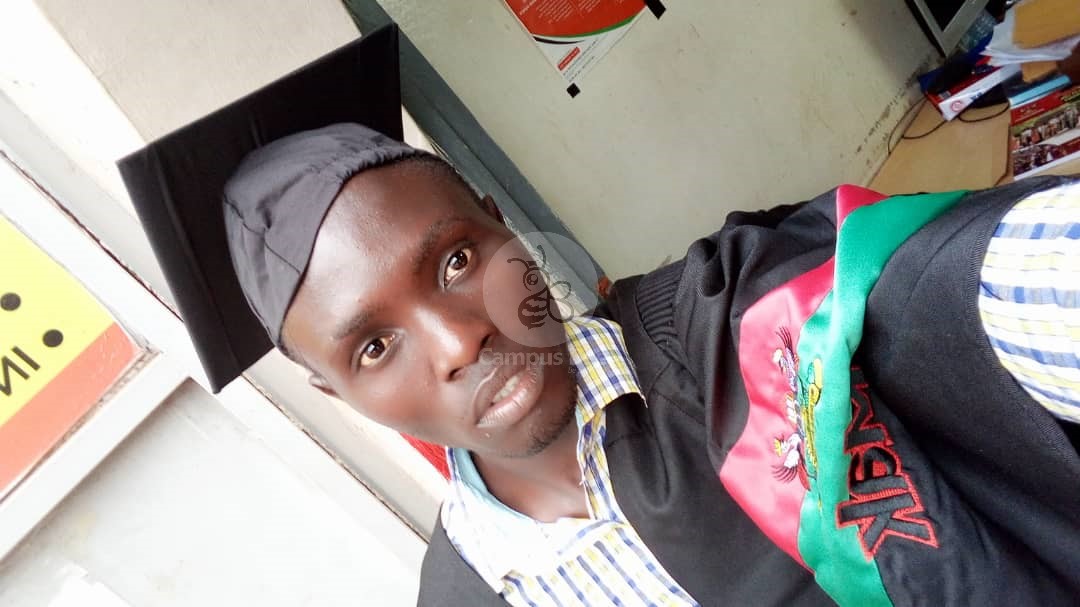 Godfrey Bainomugisha, a Makerere University graduand who recently narrated to Campus Bee about the struggle he went through to raise tuition is back with a deeper insight. Bainomugisha told us that he used to repair shoes, sell chapattis, among other activities in a bid to raise tuition.

Following the story that appeared yesterday on Campus Bee, some of our readers found it difficult to believe his narration. The comments on our social media needed answers and Bainomugisha had to answer some.

Bainomugisha laughed at haters who expected him to post everything he used to do on social media.

“Doing work in Uganda doesn’t need to be put on social media or any other media platform to prove to people that you have been doing such businesses.”  Bainomugisha said.

“I used to hustle so much to look for money for tuition. Most of my friends pay for me hostel fees, for instance the one that I’ve graduated with. Another question that was appearing, people were saying that I was on government. Being on government doesn’t mean that you have to depend on that government money because at campus we use almost like three million for which the government gives us less than a million.” Bainomugisha added.

Watch his full explanation in the video below;