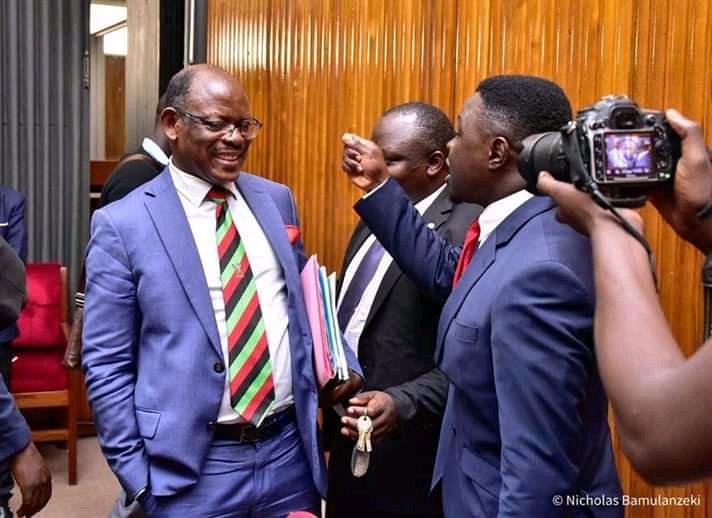 Francis Zaake Butebi, the Mityana Municipality Member of Parliament was captured in video trying to beat up the Makerere University Vice-Chancellor  Prof Barnabas Nawangwe who was on Wednesday invited to appear before the parliamentary committee on education to explain more about the recent 15% tuition increment at Makerere.

In a video captured by one of Daily Monitor reporters, Zaake is seen warning Nawangwe with bitter statements like “you should watch out” before mentioning his name multiple times. “Nawangwe watch out, you should behave.” Zaake shouted.

Just like any professor, Nawangwe was seen smiling his way out of the meeting room after playing cool in the whole situation. Following his ruthless treatment to Nawangwe,  Zaake has been sent to the Parliamentary Committee on Rules, Privileges, and Discipline.

Rebecca Kadaga, the Speaker of Parliament was shocked to see the bitter side of the Independent legislator, which she believes should be highly avoided by other MPs.

“I am disappointed that yesterday [Wednesday] there was a big display of a breach of Rule 83 and 84 and I hope that members will desist from that conduct. When members were allowed to put questions to the Makerere delegation, Hon Zaake demanded that his questions must be answered first. He kept on interjecting and attacking personality and ignoring the Chairperson and other members of the committee” Kadaga said.

According to ‘Rule 83’ of the Parliament Rules of Procedure, MPs are barred from using unparliamentary language which is offensive, abusive, insulting and blasphemous.

INSTA-FRIDAY! IUEA's Keisha, a Beauty That Dazzles Her Architecture Class